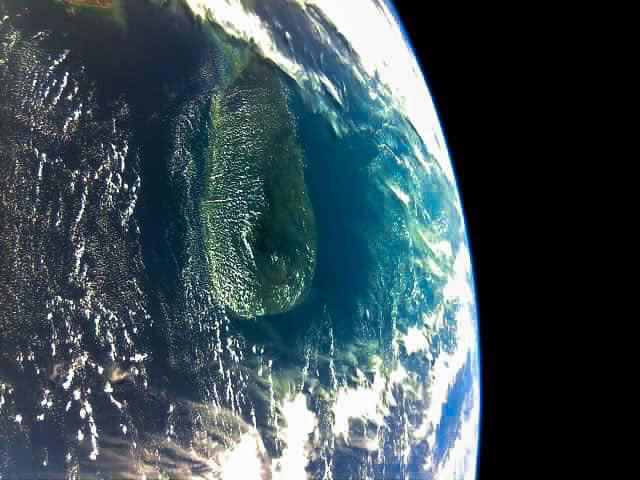 The first ever Sri Lankan nano satellite, RAAVANA-1 launched into an orbit 400 km away from earth on June 17, sent the first picture of earth.

RAAVANA-1 is a research satellite built by two Sri Lankan engineers, Tharindu Dayaratne and Dulani Chamika, from the University of Peradeniya and the Arthur C. Clarke Institute for Modern Technologies.

The satellite is expected to fulfil five missions including the capturing of pictures of Sri Lanka and its surrounding regions.

The satellite was designed and built at the Kyushu Institute of Technology in Japan and is 1,000 cubic cm in size and weighs 1.1 kg. It was officially handed over to the Japan Aerospace Exploration Agency on Feb 18.

It was successfully launched into space at NASA’s Wallops Flight Facility on Wallops Island, Virginia on April 18. The satellite was boarded to the Antares rocket carrying Cygnus cargo spacecraft and reached the International Space Station the following day.

(Source: The Island – By Chatura Pamunuwa)