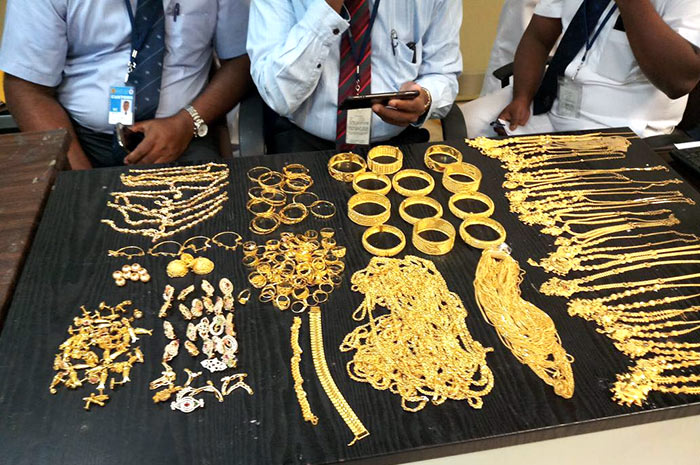 He said the suspect was from Batticaloa and was arrested at the Green Channel of airport Arrivals Lounge.

During the investigation the Customs officers found gold jewellery including 58 pendants, 70 chains, 71 necklaces, 7 necklaces without chains, 90 rings, 34 bangles, 10 bracelets and 22 ear-rings packed into parcels concealed in the suspect’s baggage, he said.

The gold was detected by the Customs Superintendent Eric Perera and Assistant Superintendent P.A.U.H.K Jayawardhane. Further investigations were carried out under the supervision of Customs Deputy Director Darshana Silva.