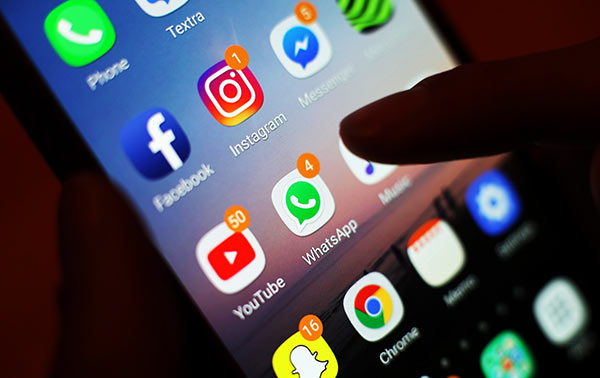 The MP, who took part in the National Security Oversight Committee meeting in Parliament yesterday, said a lengthy discussion took place on the proposed laws to regulate social media.

“New laws will be presented to control the dissemination of information containing harmful influence through the internet and social media platforms.

This was one point mentioned in the SLFP’s 11-point proposals to ensure national security presented subsequent to the Easter Sunday terrorist attacks. This does not mean a ban on any social media platform,” he said.

He said the new laws are being drafted by the Media Ministry together with the Telecommunication and Regulatory Authority. The meeting was presided by Committee Chairman UPFA MP Malith Jayathilake and new laws pertaining to the cyber security, education and national security had also been discussed.

The meeting was also attended by the higher officials of the relevant ministries.

The MP said new laws are also in the offing to make it compulsory that all private and state universities and educational institutes to come under the purview of the Education Ministry. “Their curricula and all activities will come under a common legal framework,” he said. Meanwhile, Speaker Karu Jayasuriya in a Twitter message yesterday said, “Parliament has prioritised many legal reforms in areas such as national and cyber security, and education to ensure that Sri Lanka will remain strong and secular, upholding human dignity. Soon, many draft laws now at the committees will be presented to Parliament for approval”.