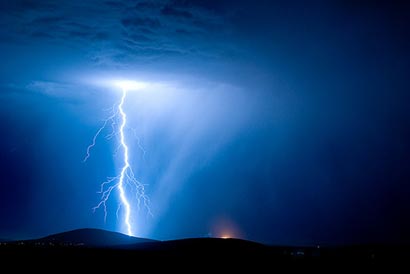 Four persons including two women, were killed by lightning in Morawaka, Deniyaya, yesterday evening when they were in a hut in a tea estate during thunder showers.

According to the Police, three women and two men had been resting in a shed in a tea estate when the tragedy occurred. One woman who escaped with burnt injuries following the electric shock, was admitted to the Kosnilgoda Hospital.

Meanwhile, the Disaster Management Centre (DMC) has issued landslide warning to the following five districts: Galle, Matara, Kegalle, Kandy and Nuwara Eliya. The DMC warned that the prevailing bad weather conditions was expected to continue for the next 24-hours in the above districts.

The warning further advised the public to pay special attention to mountain areas, man made slopes and roads within the districts. Meteorological Department sources said that due to the influence of Inter Tropical Convergence Zone, showers accompanied by lightning, would continue for another few days, mostly during the afternoon and evening.