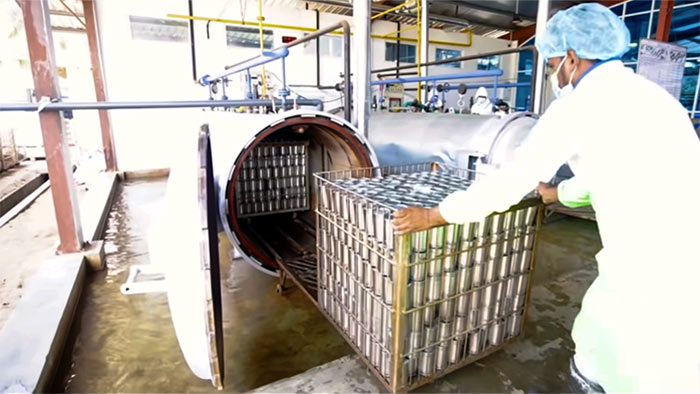 On August 29, Lanka Sathosa floated a tender notice to purchase 425-gram, 75,000 tinned fish cans exclusively from importers without providing an opportunity for local canned fish manufacturers to bid.
According to the Canned Fish Manufacturers Association of Sri Lanka (CFAASL), the production capacity of the local canned fish industry has now reached 300,000 cans per day, which is above the daily national requirement of 285,000 cans per day.

Although the association had informed that its members were willing to provide a 425-gram can to Lanka Sathosa at a price of Rs.620 per can, Lanka Sathosa went ahead with the tender. According to the government sources, one importer submitted a bid to provide Lanka Sathosa with 75,000 tinned fish cans, at Rs.700 per can, at the closure of the tender on August 30.

However, Lanka Sathosa temporarily halted the tender award, amid the concerns raised by the industry and its employees. The local canned fish industry pointed out that a large number of imported canned fish tins entered the local market over the past couple of months.

According to media reports, over 30 containers of canned fish imported by 30 unregistered companies, worth over US $ 90 million, were released to the market unmonitored, after remaining stuck at the Colombo Port for months.

Accordingly, he proposed the government to consider including canned fish in the temporarily banned list of imported goods into the country or to link to the special commodity levy imposed on canned fish imports with the US dollar rate.  With the sharp depreciation of the rupee, he pointed out that the current levy on imported canned fish has become minuscule. With high input costs, Fernando acknowledged that canned fish has also become unaffordable for a considerable portion of the population that consumes it as their main source of protein.

Therefore, he proposes the government to purchase canned fish from the local producers through state entities such as Lanka Sathosa and to make them available to low-income families at a subsidised price.