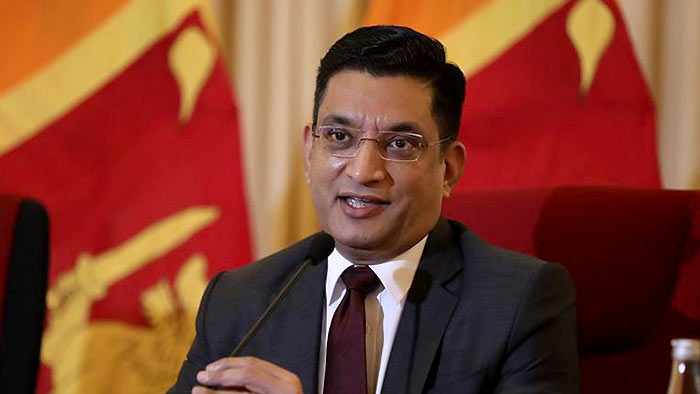 Sri Lanka will not accept any international investigation imposed by the U.N. Human Rights Council into alleged rights abuses during the country’s long civil war, an official said Monday.

Foreign Minister Mohamed Ali Sabry said the government is willing to engage with the international community in seeking closure for human rights issues, but that any solution should conform with the country’s Constitution.

“Any external mechanism, external evidence gathering mechanism, charging citizens outside the country, getting hybrid judges to come and hear the cases, all these are against the Constitution. So we can’t agree to that,” he said.

The statement is a retraction of President Ranil Wickremesinghe’s earlier stance when he was prime minister. In 2015 he co-sponsored a resolution agreeing to a joint investigation of alleged abuses with participation by Commonwealth and other foreign judges, defence lawyers, authorised prosecutors and investigators.

Wickremesinghe is currently supported in Parliament by lawmakers loyal to his predecessor, Gotabaya Rajapaksa, who was a defence official during the war and holds hard-line views on the U.N.’s role in Sri Lanka.

The Office of the U.N. High Commissioner for Human Rights is scheduled to publish an update on Sri Lanka’s progress in accountability for the alleged abuses at upcoming Human Rights Council meetings starting September 12 in Geneva, Switzerland. The sessions continue until October 07.

In March last year, the council adopted a resolution strengthening the Office of the U.N. High Commissioner for Human Rights to collect, analyse and preserve information and develop possible strategies for future accountability for violations of human rights in Sri Lanka.

Sri Lanka fought a civil war with Liberation Tigers of Tamil Eelam (LTTE), who fought for an independent state for the country’s ethnic minority Tamils. Government soldiers crushed the LTTE in 2009.

Both government troops and the rebels were accused of serious human rights violations.

LTTE were accused of recruiting child soldiers, using civilians as human shields and killing those trying to flee their control.

Sri Lanka is presently going through its worst economic crisis in its history and is seeking international assistance. It has defaulted on repayment of foreign loans and is suffering acute shortages of fuel, medicines and some foods because it does not have foreign currency to pay for imports.