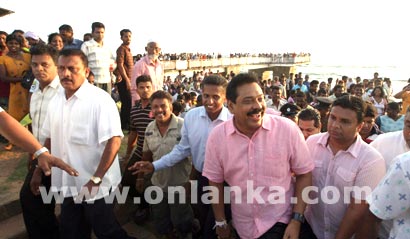 Galle Face Green is a very busy and popular place for people for relaxing and spending leisure time in evenings and week ends. Specially after eliminating terrorism totally it has become over crowded with people of all walks. The President visited the place to check the developments which provide more facilities for people who spend their free time on the Green.

It was quite an unusual sight to see that the president, the head of the state, openly walking up to common Sri Lankan people and shaking their hands and giving them hugs. The president mingled with the people and the children including the elderly and spent time talking to them not necessarily about politics but of just everyday talk. People extended a warm welcome to the President. They took turns to talk to the President at this kind of a rare occasion when they see the Head of the State in an unusual place. Through these gestures he showed how he really cares for his countrymen and that how Sri Lanka is finally safe enough for someone of his stature to be able to freely, walk up to and talk to people without a great risk of a terrorist attack. 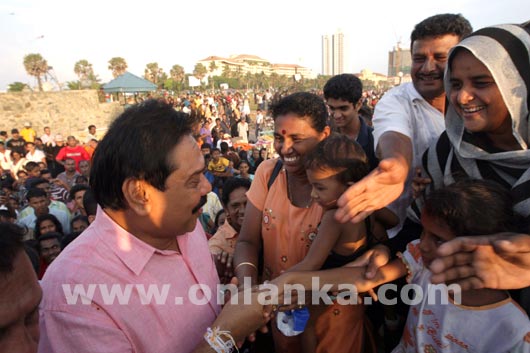