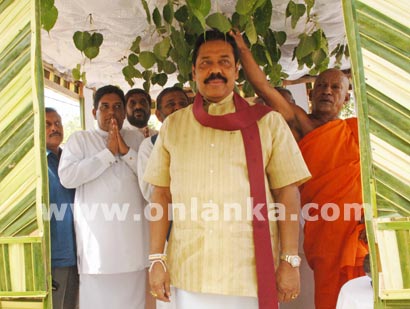 The National Festival of Aluth Avurudu Oil Anointing Ceremony was held at historic Tissamaharama Raja Maha Viharaya under the patronage of the President Mahinda Rajapaksa this morning on 15th April at 10.06.

Chief Incumbent of the temple, Dr. Ven. Devalegama Dhammasena Mahanayaka Thera anointed traditional herbal oils on President Mahinda Rajapaksa at the auspicious hour for anointing for the Sinhala and Tamil New Year. According to the almanac of auspicious, the anointing of herbal oil was done on a special flat form while President standing on Kohomba leaves and with Bo leaves on the head.

The National Festival of Oil Anointing for the Sinhala and Tamil New Year was organised by the Department of the Indigenous Medicine in Sri Lanka. 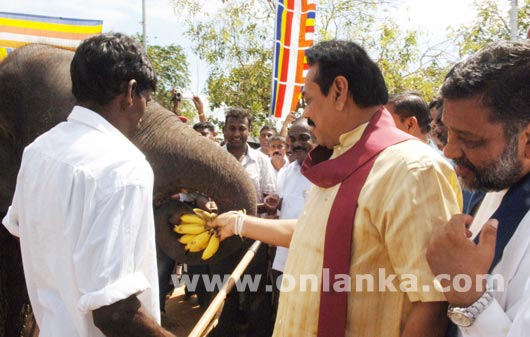