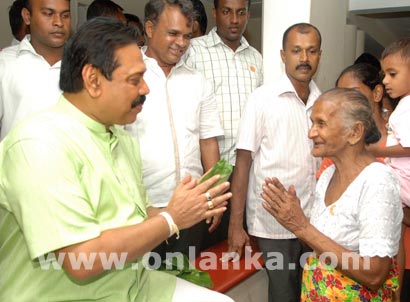 When the whole country celebrates Sinhala and Tamil New Year in a peaceful environment after eliminating three decades of terrorism, President Mahinda Rajapaksa also observed the “Sinhala Aluth Avurudu Sirith” at Carlton House in Medamulana, Weerakatiya. Locals in hundreds from the President Rajapaksa’s home town, gathered at Carlton House to join with the Head of the state on New Year’s Day to follow the traditions. According to the locals this is an annual event where Rajapaksa family shares Aluth Avurudu Sirith with them. One local family stated that they always visit Medamulana to meet their favourite local hero, ‘Mahinda mahaththaya’ on New Years day. Pictures are seen here President Mahinda Rajapaksa celebrates New Year in keeping with traditions with locals and paying obeisance to his elder brother Minister Chamal Rajapaksa. First Lady Shiranthi Rajapaksa, Mr. Namal Rajapaksa, Mr. Gotabaya Rajapaksa were also present the occasion. 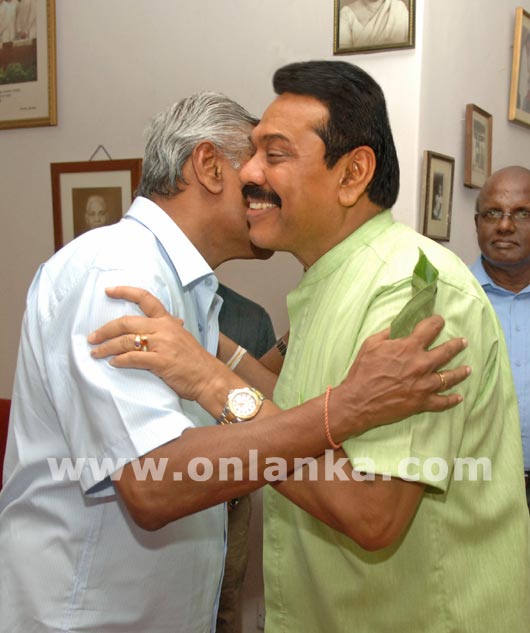