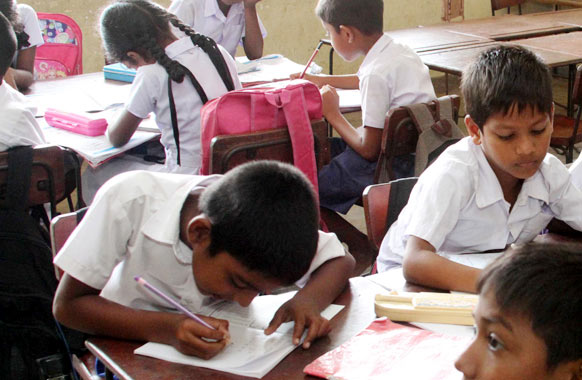 Only 200 students attended Royal College, Colombo today. Our correspondent said teachers reported to work as usual while Police, Sri Lanka Army were deployed for the security. Western Province Governor Azath Sally was also present at the school premises to inspect the security.

Low student turnout was also reported from the following schools: