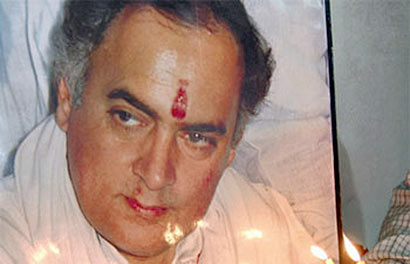 NEW DELHI: Three Rajiv Gandhi assassins have opposed the execution of the death sentence awarded to them by pointing to the 12 year-lag between the Supreme Court’s confirmation of the high court’s order to send them to the gallows and the rejection of the mercy petition by President. Behind this argument, it turns out, is a well-organized campaign by LTTE cadres, sympathizers and human rights groups opposed to death penalty who could well have been the reason for the delay in the first place.

A confidential government document, accessed through RTI, described the unprecedented number of appeals from across the world as an “orchestrated campaign” by cadres of the Liberation Tigers of Tamil Eelam (LTTE) and sympathizers against the execution of the Supreme Court’s 1999 order sentencing them to death.

Murugan, Santhan and Perarivalan later cited the delay when they submitted their mercy petitions to the President, seeking commutation of their death sentence to life. Their writ petitions are now with the Supreme Court.

A close scrutiny of documents accessed under RTI, in response to a plea filed by activist S C Agrawal, shows that the 1999 verdict led to international and domestic pressure on the government.

The death sentence awarded to Nalini, another accused in the case, was commuted to life in April 2000 by the Tamil Nadu governor on the ground that she had a young child. Congress president Sonia Gandhi was among those who had sought clemency.

The announcement of death penalty led to the European Union issuing a demarche to the Indian government. Tamil and human rights groups lobbied France, South Africa, Germany, Denmark, UK MPs, the Archbishop of Madras-Mylapore as well as Indian ministers for not carrying out the death sentence. Rashtrapati Bhavan was bombarded with clemency pleas.

It was against such a backdrop that President K R Narayanan did not take up the clemency pleas in 1999. It was only in August 3, 2011 that clemency pleas were turned down by then President Pratibha Patil. Immediately afterwards, the convicts moved court, successfully stalling the execution by citing the delay in the implementation of the apex court’s 1999 order.

The high-decibel campaign reflects the effectiveness of the Tamil diaspora and their sympathy for the killers of the former prime minister. The number of petitions seeking clemency for the four accused was so high that in December 1999, the MEA in a note said, “The government has received numerous petitions calling for setting aside of the death penalty awarded to four persons accused in the Rajiv Gandhi assassination case. Most of the petitions seem to be part of a campaign orchestrated by the LTTE cadres/supporters/sympathizers and human rights groups opposed to death penalty. EU Ambassadors in Delhi have also made demarche to the government. A communication on the subject has also been received from the Special Rapporteur on extra-judicial, summary and arbitrary execution. The purpose of this communication is to provide sufficient background material to rebut any negative media coverage and to respond to any queries on the subject.”

In February 2000, the EU Troika head of mission in Delhi issued a “confidential demarche” and requested the President to commute the sentence of the four persons to life. Among the other petitioners who sought death penalty waiver were NGOs like Campaign against Death Penalty, Dravidians for Peace & Justice, South Africa chapter, South African Tamil Federation, The World Saivite Council, the South Indian Foundation and the Federation of Tamil Associations in France.

British member of Parliament from Brent North Barry Gardiner sought to draw a parallel with Guru Hargobind’s incarceration by Mughal rulers in Gwalior fort in the 17th century. Gardiner said that the Guru’s imprisonment came from his insistence on religious freedom for his people and even the emperor Jahangir eventually agreed to release him on Diwali. Others quoted Gladys Staines who forgave those who murdered her husband and children.

Among the political leaders who petitioned for the four were MDMK’s Vaiko and SAD’s Simranjit Singh Mann. Rev Dr Arul Das James, Archbishop of Madras-Mylapore, and Baba Amte also supported clemency while the then minister of state for petroleum and natural gas E Ponnuswamy forwarded a plea as well. From the judiciary, V Krishna Iyer and Justice Hosbet Suresh also submitted pleas to Narayanan.

But it was not as if the rejection of mercy petition was without support. Tamizhanga Rajiv Congress, All India Rajiv Gandhi Brigade and Subramanian Swamy from Janata Party were among the supporters of the hanging. (Courtesy Times of India)