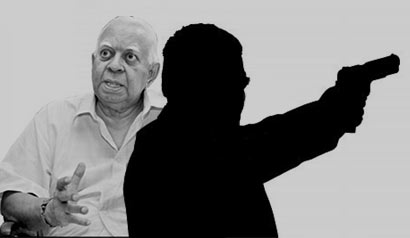 The LTTE ground fighting force may be no more but there are plenty of LTTE supporters that exist both locally and internationally. We challenge them to deny whether LTTE did not commit the following crimes and abuses against their own people – the people who they said were the reason why they were fighting for a separate Tamil Eelaam Homeland falsely promoting Sinhala discrimination to gain international sympathy.

LTTE crimes from mid 1980s to 2009 (30 years of horror the Tamils went through) lest Tamils may have forgotten the ordeals they went through.

· Abducting Tamil children as young as 10 to turn into child combatants (policy of one per family recruitment drive – None of these forcibly recruited Tamil children were of high caste or high class.

· Forced recruitment of adults as “volunteers” – again we ponder the family background of these “volunteers” as ground force.

· LTTE indoctrinating children by going to schools and addressing students as young as 14. (Against fundamental rights of children)

· Teaching them to use guns and to kill instead of books – again we ask what family background these children came from.

· Brainwashing Tamil men, women and children to commit suicide by taking cyanide – how many Tamils have committed suicide as a result, how many Tamils show suicidal tendencies because of LTTE training?

· Why has LTTE allowed conversions of Hindus to Christian and Catholic faiths to take place – why are the Hindus silent?

· Issuing passes to the Tamil people to leave the Vanni ( passes were only for medical reasons and for the elderly – No Tamil could leave its main checkpoint without permission). LTTE forced Tamil people to stay in LTTE controlled areas to be used for its own advantage. Those who left Vanni had to leave a family member as “guarantor” that they would return – delays in returning would mean ugly consequences to the guarantor! Passes were issued by LTTE’s Transport Monitoring Division (TMD). during the ceasefire agreement (period from 2002 until 2006), TMD issued everyone over the age of 10 in LTTE-controlled areas a Transport Admission Card (TAC), Restriction of movement is against international laws.

· Anyone doing business had to make a payment to the LTTE for each shipment passing its checkpoints.

· Dangerous unpaid forced Tamil labor referred to as “donate labor” – digging of trenches for its fighters and the construction of military bunkers on the frontlines. Even IDPs had to dig trenches or else pay Rs.5000 to be exempted. (Forced Labor is against Geneva Convention)

· Instilling FEAR – something that NO Tamil in Colombo or the West will ever know or understand.

· Using Tamils as human shields – explains why Tamil civilians were trapped in the war zone because the LTTE refused to release them forbidding them from moving to safety. LTTE denied Tamil civilians their right to leave LTTE for safety.

· Using Tamils as human shields and using them to keep them and their weapons hidden and firing to the Sri Lanka army from these positions. It is against all laws to hide amongst civilians. Use of civilians as human shields is prohibited under international laws. (Against Geneva Convention)

· Forcing all Tamils to contribute to LTTE kitty – whether they lived in Sri Lanka or overseas – there were no room for refusals!

· Taking all essential commodities sent by the Government for the Tamil people and distributing amongst LTTE cadres and their families.

· UN Secretary General Ban-Ki Moon has accused the LTTE of forcibly cutting hair of girls trying to flee the conflict to mislead the military into thinking there were LTTE.

Those who have any doubts may like to read the report that confirms all the above – http://www.hrw.org/sites/default/files/reports/ltte1208webwcover_1.pdf

This is the LTTE in Sri Lanka, how about the LTTE functioning overseas?

· The Tamils living in foreign shores under law and order supposedly far superior to that in Sri Lanka are still afraid to inform these authorities of threats to their lives.

· Tamil civilians living abroad are coerced into telling lies over electronic media to substantiate the versions they sell to political establishments overseas.

· LTTE control most of the foreign kovils – many of these are under surveillance.

· LTTE front organizations use their kitty to buy over everyone or anyone whose avarice for money will not stop them from telling any lies using their office.

· Whenever an LTTE front organization organizes an anti-Sri Lanka event all Tamils have to attend or face consequences.

Through all these suffering that the Tamil people went through – where were the Tamil leaders? They did not put a foot in the North and remained in Colombo guarded and never so much as appealed to the LTTE to not target their own people. These very same leaders are accusing the Government of not doing enough, what DIGNITY AND RESPECT did the LTTE give the Tamil people – we like to ask what these Tamil politicos did at least to protect their own people from the LTTE through 30 years?

Repeatedly the Tamil pro-LTTE parliamentarians enjoy using isolated incidents numbering less than 5 to project the reason for the LTTE to rise into existence on behalf of the Tamil people when clearly from the above it is obviously clear that the LTTE spared no one especially the Tamil people – so why is the Tamils still afraid to speak the truth or is it that they did not and do not mind the suffering they went through? We are finding it very difficult to comprehend the silence post-LTTE defeat.

What is stopping the Tamil people from saying that they suffered because of the LTTE?

Why would these Tamil people continue to want to rally behind the very Tamil leaders who looked the other way allowing the LTTE to commit the crimes mentioned above and these took place through 30 years – calculate that into the number of Tamil victims! Is there no alternate leaders amongst the Tamil people that they have to continue with these same sets of Tamil leaders who cared not a penny for the Tamils?

Why has the world not opened their eyes to any of the LTTE crimes upon their own people? How many times has the LTTE – a terrorist organization broken Geneva Conventions and international laws. Why is there no accountability for the LTTE crimes against humanity?

To offer any olive branch there has to be sincerity and it must start with the Tamil people – it is now the turn of the Tamils.