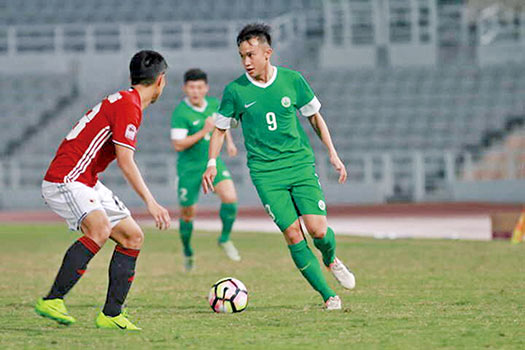 Macau’s football chiefs have said they will not send a team to Sri Lanka for a World Cup qualifying match this week, citing security fears following the deadly Easter suicide attacks.

The Chinese enclave had been due to play Sri Lanka on Tuesday in the second leg of a qualifying first-round clash.

But in a statement the Macau Football Association (MFA) said it had decided not to send a team “due to the recent terrorist attack in Sri Lanka and for the sake of the team’s personal safety”.

The MFA said it had asked FIFA, the Asian Football Confederation and Sri Lanka’s footballing authorities to switch the match to a neutral venue but the request had yet to be granted.

“MFA will have to put our players’ personal safety as a priority. And, in the view of the fact that we cannot guarantee the safety of the team while they are in Sri Lanka and we cannot afford to take the risk to put our players’ lives in danger,” the statement, published Saturday night, said.

The decision is a blow for sport in Sri Lanka, a country that has long hosted international sporting matches but is currently reeling from a series of coordinated Islamist suicide attacks against churches and hotels on Easter Sunday that killed more than 250 people.

Macau won the first leg 1-0 at home on Thursday thanks to a second-half goal from Filipe Duarte as the first round of Asian qualifying for the 2022 FIFA World Cup in Qatar got under way.