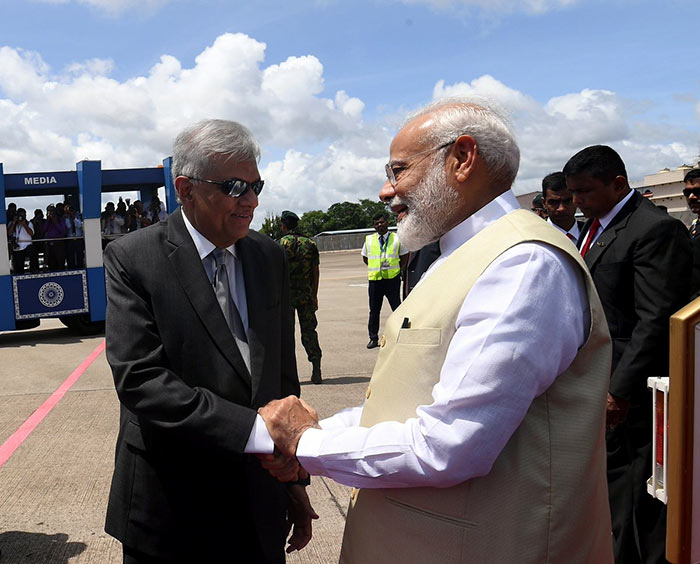 Indian Prime Minister Narendra Modi has arrived in Sri Lanka for a brief visit as part of his first overseas tour since reelection that emphasizes India’s “neighborhood-first policy.”

Modi was received at the airport by Sri Lankan Prime Minister Ranil Wickremesinghe. He is also scheduled to hold talks with Sri Lankan President Maithripala Sirisena and opposition leaders.

India has been concerned with Sri Lanka and the neighboring Maldives leaning toward China, which is seeking more influence in the Indian Ocean region.

Modi arrived from the Maldives, where the new president pledged closer ties with New Delhi in a departure from his predecessor’s pro-Beijing policy.

Modi is due to fly back to New Delhi on Sunday. His last visit to Sri Lanka was in May 2017.