Madhura back home after her 15 minutes of fame 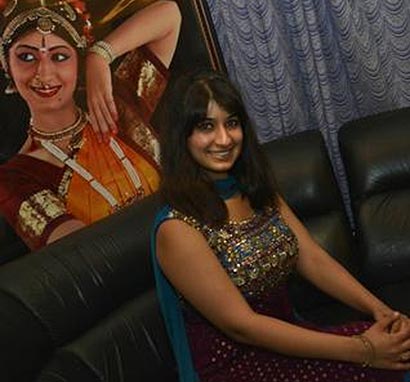 Christened by the media as the “Olympic mystery woman” after she gatecrashed the athletes’ march on the inaugural day of the 2012 London Olympics, Madhura Nagendra, back home in Bangalore, says that it was an “error of judgment” that led her to walk beside Indian flag-bearer Sushil Kumar.

Speaking to The Hindu from her home in Banashankari here where she reached on Wednesday night, she said that having completed her MBA in London, she had stayed back to participate in the Olympic opening ceremony and show put together by filmmaker Danny Boyle.

While she apologised to her countrymen and women for “hurting their sentiments”, she said that she decided to speak to the media only to clear the air and quash all the “rumours and gossip” doing the rounds on social media and in news platforms. “I worked very hard to be part of the show; I auditioned thrice for it. I was officially selected as a performer. I am a dancer and have even received a national award,” said the 27-year-old. She added that she was one of the dancers who performed in Danny Boyle’s show.

Insisting that her presence was in no way a security breach, she said: “I was a threat to nobody. I did not carry any weapons besides the smile I wore.”

Since the incident, Ms. Nagendra has been the butt of many jokes on social media and the web with Facebook pages on her going viral. For instance, an entire series of “Madhura gatecrashes” include cleverly photoshopped pictures of her attending several historic events, ranging from the iconic “stroke of the midnight hour” speech to the moon landing to Obama’s swearing-in, besides political events.

Other reactions online have made it an issue of national pride, and have condemned her for stealing the limelight from Indian athletes.

Asked if she took offence to all this reaction, Ms. Nagendra said: “I would have been hurt had I known about this or even seen this. But I have been completely oblivious. It wasn’t reported widely back in the U.K. and was not considered a big deal at all.”

She said that she was told several impostors had sprung up, responding on her behalf, and explained that she was “out of touch” for now.

“But I will be back with a bang. I’m a brave young person, and I am going to lead my life normally after this,” she said.

Her parents said that they were under immense stress. Since the opening ceremony day, media persons have been staking out on the footpath outside their residence. Some sections of the media even reported that her father, a leather exporter, “had fled” after facing the media onslaught.

Home » Madhura back home after her 15 minutes of fame