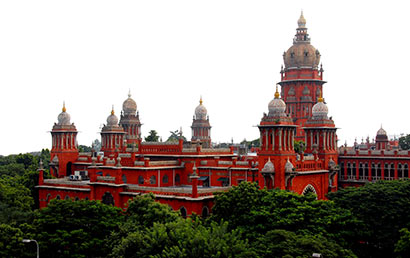 The Madras High Court Bench has imposed a cost of Rs.10,000 on the Director of Social Welfare for not disbursing the emoluments due to a Sri Lankan refugee who retired last year after 32 years of government service.

Allowing a writ petition filed by the refugee, Justice T. Raja ordered that the Director should pay the cost, from his personal funds and not from that of the government, to the petitioner within six weeks besides disbursing the emoluments with 12 per cent interest.

“Mr.T.S. Mohammed Mohideen, learned Additional Government Pleader, repeatedly requested the court with all politeness to dispense with the cost. But this court is not inclined to accept the request as the respondent deserves to be imposed with a heavy cost,” he said.

The judge pointed out that the petitioner, I. Jothi Gandhi, had taken refuge in India since 1973. He was appointed to the post of Office Assistant on November 5, 1981 on the basis of his Sri Lankan educational qualification considered equivalent to completion of Class XI in Tamil Nadu. After 10 years of service, he was promoted as Junior Assistant on January 27, 1992.

However, on March 13, 1992 he was reverted back to the post of Office Assistant on the ground that he did not possess the requisite educational qualification.

The poor refugee did not challenge the order reverting him to the old post.

Thereafter, on June 2, 2010, the Commissioner of Social Welfare Department promoted him to the post of Junior Assistant along with 59 other employees in accordance with the Tamil Nadu State and Subordinate Service Rules.

Mr. Gandhi was due to retire from service on March 31, 2013. But two days, before that, the Director of Social Welfare passed an order stating that the salary paid to him for the post of Junior Assistant would be recovered from his pension amount if he fails to prove that he was qualified to hold the post.

Subsequently, the petitioner retired from service but his emoluments were not paid and hence the present writ petition. Sympathising with the petitioner who could not give two of his daughters in marriage for want of money, the judge said: “the petitioner has been put to grave and untold misery and humiliation in the family.”