Sri Lankan Prime Minister Mahinda Rajapaksa has stepped down from his portfolio.

Mahinda Rajapaksa’s resignation comes amid ongoing anti-government protests across the island over the worst economic crisis in the country since its independence.

Earlier today, police imposed a nationwide curfew and Army troops were deployed in Colombo as supporters of the ruling party attacked anti-government demonstrators outside the President’s office, leaving many people injured.

He has tendered his letter of resignation to President Gotabaya Rajapaksa. 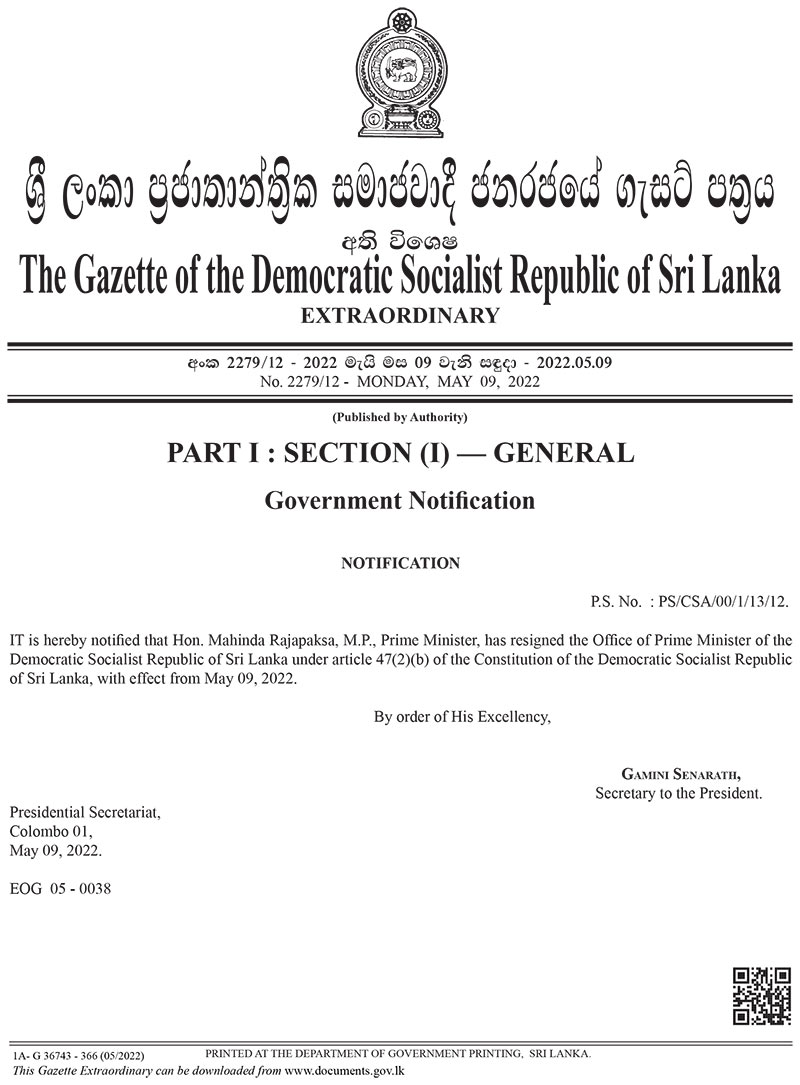