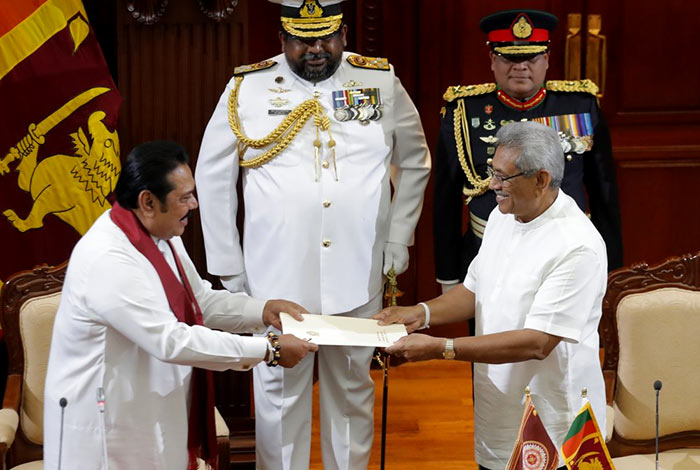 Opposition Leader and former President Mahinda Rajapaksa sworn in as the Prime Minister at Presidential Secretariat a short while ago.

The event, graced by President Gotabaya Rajapaksa, former President Maithripala Sirisena and many other distinguished guests, is taking place at the Presidential Secretariat.

Earlier today, former Premier Ranil Wickremesinghe stepped down from his position and tendered his resignation letter to President Gotabaya Rajapaksa.