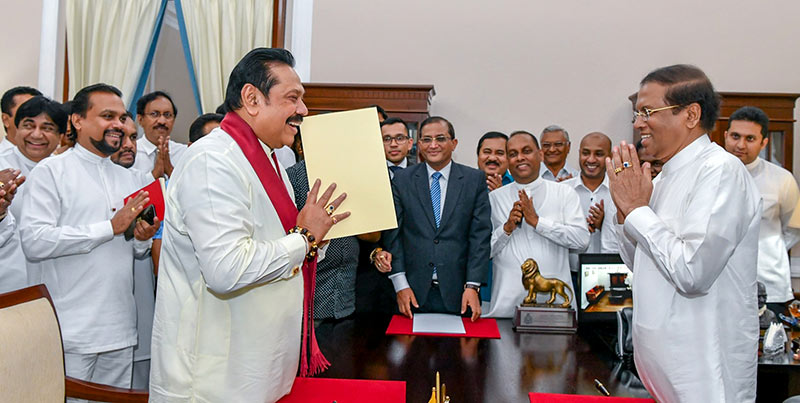 Former President Mahinda Rajapaksa has sworn in as the Prime Minister before President Maithripala Sirisena a short while ago.

The unexpected announcement comes just minutes after the United People’s Freedom Alliance (UPFA) decided to withdraw from the unity government.

6 Responses to Mahinda Rajapaksa sworn in as Prime Minister