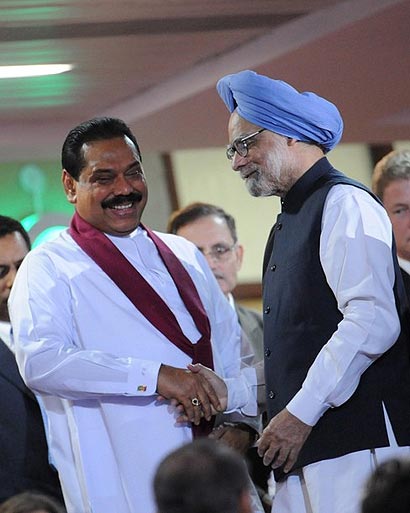 Sources said that both the leaders discussed on the progress of the joint programme to build 50,000 houses in the North and East to give shelter to those forced to become Internally Displaced Persons (IDPs) due to the the conflict situation created by terrorism.

They also agreed to further strengthen cooperation in security and to continue implementing the agreements reached at the bilateral meeting between the two leaders last June.

Prime Minister Singh appreciated the efforts taken by the Sri Lankan government in accelerating the development process with the restoration of peace.

President Rajapaksa apprised the Prime Minister of the progress in resettling IDPs and the success achieved so far.