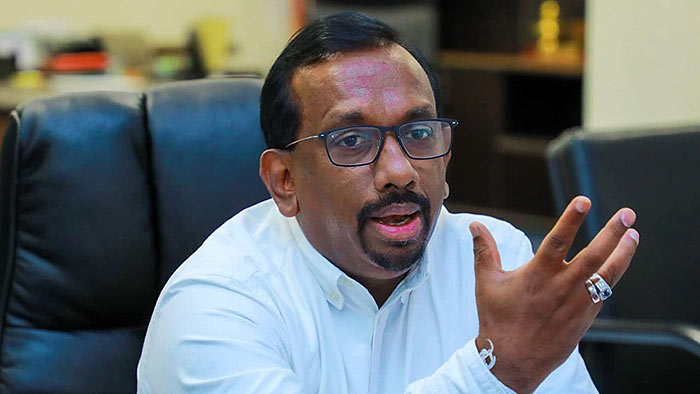 Speaking during a media today, Minister Aluthgamage noted that it is an accepted practice for a President to contact MPs, if there were concerns related to government matters.

The Minister said he had worked with former Presidents Chandrika Bandaranaike and Mahinda Rajapaksa and they followed the same process when certain issues arise within the government.

He said the President contacted MP Rajapakshe in order to clarify the matter, although the MP had attempted defuse the situation.

Minister Mahindananda Aluthgamage said MP Rajapakshe had informed the President that it was a misunderstanding and that he did not level allegations against his family.

Minister Aluthgamage said it is concerning that a phone conversation between the President and a government MP has been making headlines in media.

Minister Mahindananda Aluthgamage said they believe that there are other parties with pollical motives working to sabotage the programme of the government.

He also claimed that the proposed Colombo Port City Economic Commission Bill will not be passed in Parliament in violation of any constitutional provisions.

He said they will wait for the determination of the Supreme Court before taking forward the process.