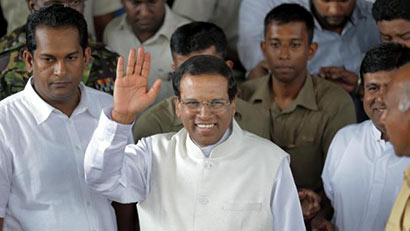 While expressing gratitude to all the parties behind his significant victory at the 2015 Presidential election, President-elect Maithripala Sirisena offered advice to the general public to celebrate the victory in a peaceful manner.

President Mahinda Rajapaksa who was seeking a third term in his office faced a defeat with President-elect Mahinda polling in a majority of 51 percent at the 2015 Presidential election.

Election Chief Mahinda Deshapriya, at a press conference held at the Election Department in Rajagiriya, officially announced that Presidential Candidate Maithripala Sirisena had emerged victories at the 2015 Presidential polls.

The final districts results indicated a clear victory for the NDF, which is widely seen as a crucial victory for an opposition party after decades.

Maithripala has pledged to abolish the executive presidency within 100 days and return the country to a Westminster-style parliamentary democracy where the police, the judiciary, and the civil service will be independent institutions. 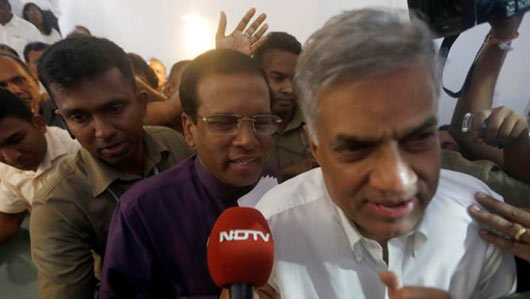