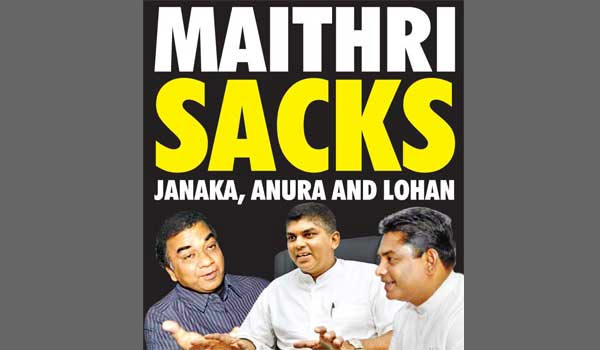 Mahiyanganaya SLFP electoral organizer MP Anura Vidanagama was also stripped of his position and has been replaced by K.G. Gunawardane. They received their appointment letters from President Sirisena yesterday.