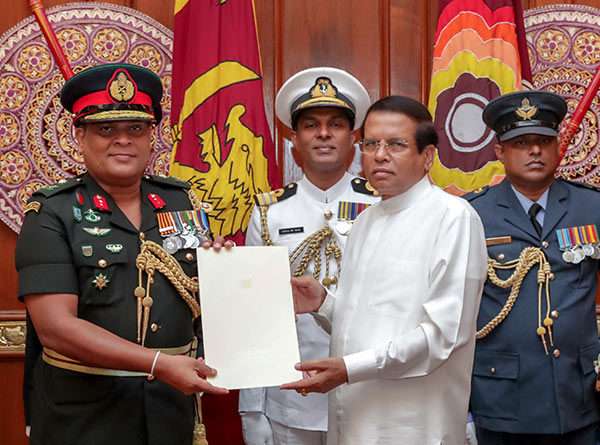 Major General Shavendra Silva was appointed as the 23rd Commander of the Sri Lanka Army today (19).

He received his letter of appointment from President Maithripala Sirisena this morning.

Major General Silva joined the Sri Lanka Army as a Cadet Officer in 1984 and held the position of Chief of Staff of Sri Lanka Army prior to this appointment.