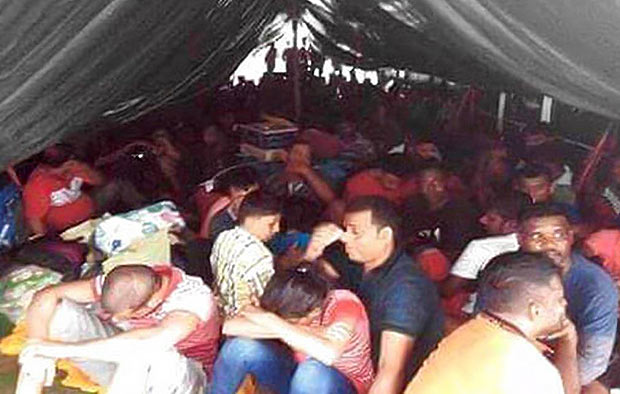 Malaysian police have intercepted a tanker with 131 Sri Lankans believed bound for Australia and New Zealand, smashing a large human smuggling ring that has been operating for a year.

Police also raided a fishing boat used to transport the migrants to the vessel and detained three Indonesians and four Malaysians on board, he said. Another five Malaysians were nabbed for suspected involvement in the smuggling syndicate.

“This syndicate has been operating since mid-2017 and has international connections across Sri Lanka, Australia, New Zealand, Indonesia and Malaysia,” Fuzi said.

The syndicate was transporting the immigrants using a maritime passage in the waters of Tanjung Gemuk in Kota Tinggi, Johor, Channel News Asia reported.