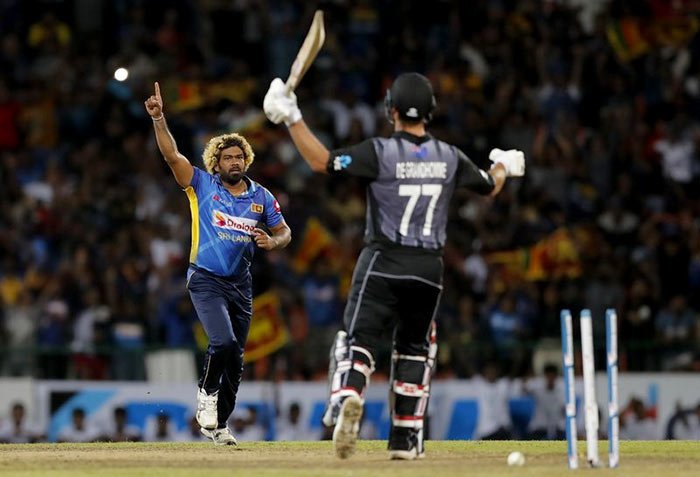 Sri Lanka pacer Lasith Malinga became the outright highest wicket-taker in Twenty20 internationals as his team lost to New Zealand by five wickets in their series opener on Sunday.

Malinga (2-23) reached 99 wickets in his 74th game when he bowled Colin de Grandhomme with a yorker. He surpassed Pakistan’s Shahid Afridi on 98.

De Grandhomme stayed around long enough to share a 79-run partnership with Ross Taylor for the fourth wicket which propelled New Zealand to the win in the first of three T20 games with three balls left.

Choosing to bat after winning the toss, Sri Lanka rode on a 53-ball 79 by Kusal Mendis to reach 174-4 in their 20 overs. Mendis hit two sixes and eight fours. Niroshan Dickwella was run out on 33.

New Zealand lost its first wicket with just one run on the board when Colin Munro was bowled by Malinga in the first ball he faced, moving the fast bowler level with Afridi.

The second wicket fell with the Kiwis on 18 with Martin Guptill (11) caught by Dasun Shanaka off spin bowler Akila Dananjaya.

New Zealand looked in trouble when Tim Seifeit (15) was dismissed with the total on 39.

The second T20 is at the same venue on Tuesday.