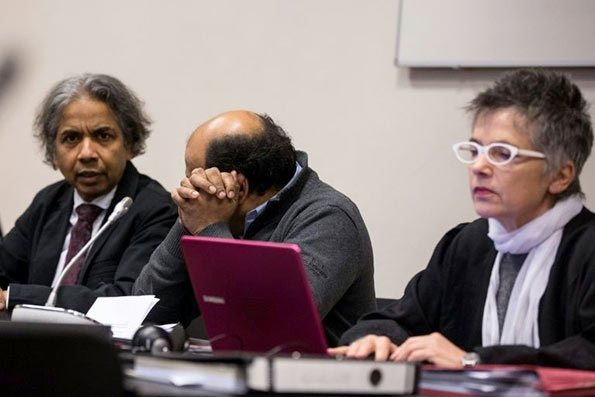 A Sri Lankan-born man received an 18-month suspended sentence in Germany on Tuesday (Feb 2) for membership of the LTTE which Germany considers a terrorist organisation.

The 53-year-old German national, identified only as Yogendran G. by the court in the northern city of Hamburg, was convicted of having raised funds in Germany from 2007-2009 for the Liberation Tigers of Tamil Eelam (LTTE).

The LTTE committed a string of attacks against civilian targets and national infrastructure during Sri Lanka’s decades-long civil war that killed more than 100,000 people and ended in 2009 when government forces crushed the rebels.

The Hamburg court found that the man raised more than 81,000 euros ($88,000) for combat and terrorist activities including suicide attacks by the LTTE in its campaign for a separate Tamil homeland in the South Asian country.

The accused, who said he had been a German citizen since 2007, opted not to testify on the opening day of the trial on Jan 18.

But a court spokesman said on Tuesday that he had later partially confessed in court to the charges against him, admitting to “collecting and transferring the funds” to the LTTE.

The court, however, ruled that he was more than a member and actually “bore responsibility” within the group.

The prosecution and the defendant have one week to decide whether to appeal the verdict.

3 Responses to Man convicted in Germany for backing LTTE