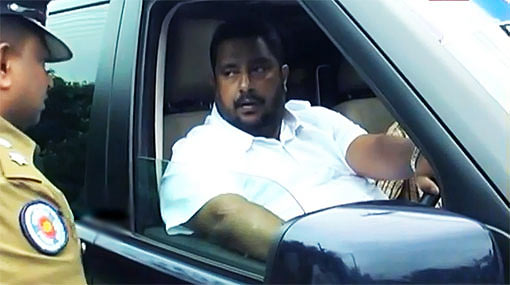 Deputy Minister Nishantha Muttuhettigama, who visited remanded Yositha Rajapaksa at the Welikada prison, said yesterday that the FCID had no legal powers and they as Deputy Ministers appointed by the SLFP were ready to resign from their portfolios if political witch hunt by the FCID was not stopped.

Deputy Minister Muttuhettigama said they were going to discuss with President Maithiripala Sirisena and Prime Minister Ranil Wickremesinghe over the matter.

“We challenge the government to stop the political witch hunt by the FCID which has no legal authority. The entire country is ready to come forward with former President Mahinda Rajapaksa against the FCID decision to remand Yositha Rajapaksa,” he said.

Deputy Minister Muttuhettigama said they as true SLFPers wanted to see President Maithiripala Sirisena and former President Mahinda Rajapaksa engaged in politics hand in hand and that they were ready to defeat any conspiracy to prevent such a move.