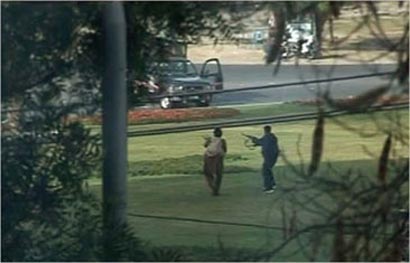 A division bench of the Pakistan Supreme Court on Monday granted bail to Malik Muhammad Ishaq  the alleged mastermind of the Sri Lankan cricket team attack which occurred on March 3, 2009.

The bench held that the prosecution had failed to establish its case as it produced only two witnesses who stated that they had heard conversation between some people while planning to attack Sri Lankan cricket team to get Malik Ishaq released from jail.

The bench, while expressing concern over poor performance remarked, “The judiciary has to face wrath of public when courts release accused(s) due to lack of evidence and weak case of the prosecution.”

Earlier, the accused person’s counsel, Qazi Misbahul Hassan, submitted that the applicant had been in jail for the last 12 years but the prosecution failed to produce any evidence, which could declare him guilty of attack on Sri Lankan team. He said that the prosecution accused Ishaq of being mastermind of the attack on Sri Lankan cricket team, but remained failed to establish its allegation.

The counsel also submitted that 44 cases were made against the applicant out of which in 34, he had been acquitted and in six cases he had been granted bail. He said that only two cases had been completed in which applicant had made confessional statements and one had been discharged.

He requested the court to release the applicant on bail as the prosecution had failed to produce any solid evidence against him. The Sri Lankan cricket team was attacked on March 3, 2009 near Liberty Square, Lahore. The cricketers were on their way to play the third day of the second test against the Pakistan cricket team. (DailyTimes)