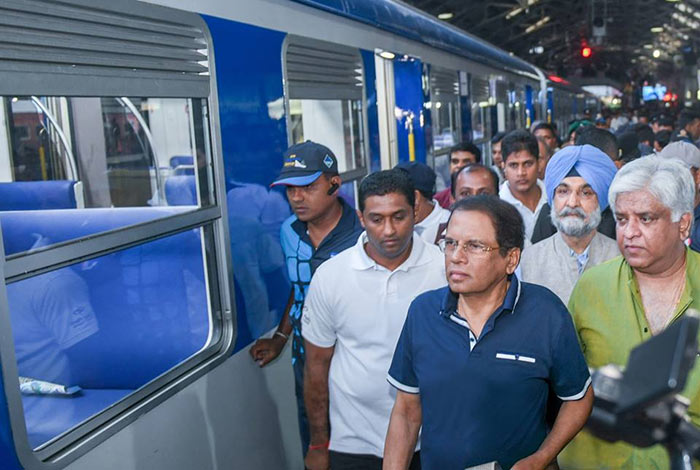 The train with most modern facilities named Mathin Nidahas Ratak – (Country Free of Narcotic Drugs) which will operate from Colombo Fort to Kankasanthurai as part of the National Anti Narcotics Drive left on its maiden journey from Colombo Fort at a ceremony held under the patronage of President Maithripala Sirisena yesterday (January 27) morning.

The President also joined yesterday’s programme by travelling in the train from Colombo Fort up to the Maradana station.

It was given a new momentum and orientation during the last few days. Under this programme, the week beginning from yesterday (January 27) has been designated as the ‘Daham Pasal Week’ and the train was operated concurrently with it.

President Sirisena who vested the new train in the people also joined in the distribution of hand bills aimed at creating public awareness about the programme.

Speaking on the occasion, President Sirisena said the narcotic drugs combating and eradication programme conducted during the last four years has been given a new orientation and impetus from this year.

The President also requested the people to shed political differences and assist and cooperate in the National programme aimed at eradicating narcotic drugs from the country.

The President also handed over the documents pertaining to the naming of this train linking the North and South to Transport and Civil Aviation Minister Arjuna Ranatunga.

A public awareness campaign on narcotic drugs eradication was also held at the Kurunegala Railway station with the participation of Daham Pasala students yesterday. 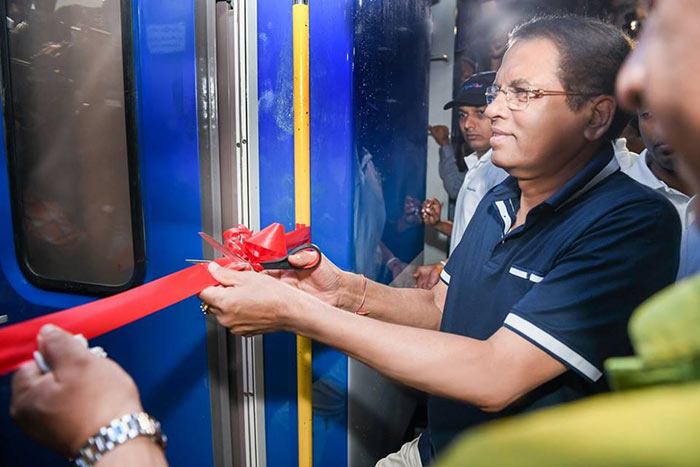