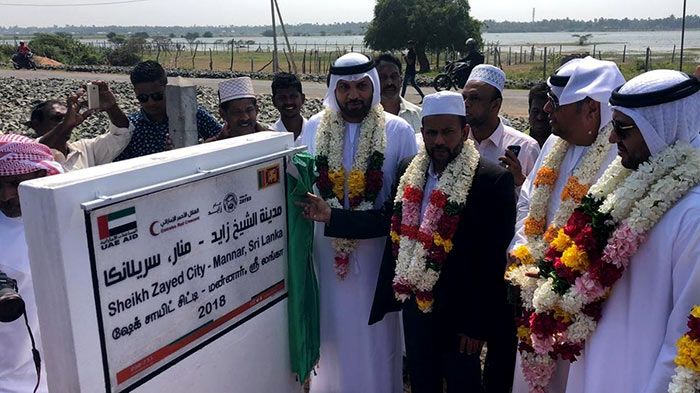 The new city includes 120 residential units, a mosque, a multi-purpose hall and eight commercial stores. A delegation from the ERC, led by Mohammed Yousef Al Faheem, Deputy Secretary-General for Assistive Services Affairs at the ERC, inaugurated the city, which was funded by the philanthropist, Mahmoud Fatah Al Khaja.

They also presented the housing units to city officials during a ceremony that was attended by the region’s residents and officials from the Sri Lankan government.

In a press statement, Dr Mohammed Ateeq Al Falahi, Secretary-General of the ERC, said that the project is the outcome of Al Khaja’s efforts and the generous initiatives of the Emirati people.

He added that the ERC, under the chairmanship of Sheikh Hamdan Bin Zayed Al Nahyan, Ruler’s Representative in Al Dhafra Region, is proud of its partnerships with various individuals, institutions and authorities, which reinforced its regional and international humanitarian efforts, while noting that Sheikh Hamdan is always keen to develop such partnerships.