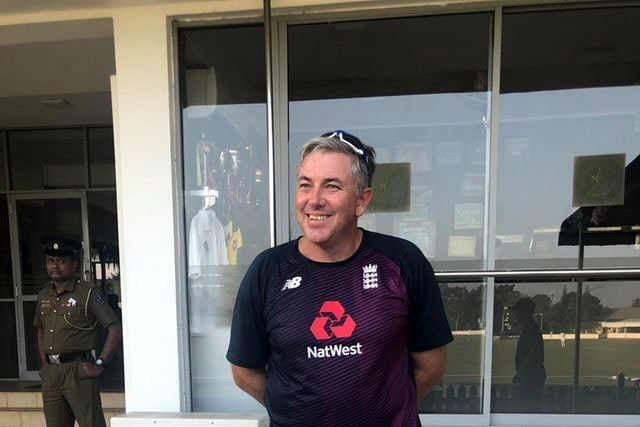 England’s cricketers will be keeping their distance from members of the media in Sri Lanka as part of ongoing precautions against coronavirus.

There has been only one recorded case on the island to date but the squad are taking a proactive approach with all players and backroom staff provided with an ‘immunity pack’ for the Test tour, including hand sanitiser, sterilising wipes and nasal sprays.

Handshakes have also been replaced by fist bumps and the latest measure involving interaction with the press was in evidence after the opening day of the warm-up match in Katunayake.

Post-match interviews on tour often take the form of pitch-side ‘huddles’ but when head coach Chris Silverwood emerged to speak to two journalists after play, he did so while standing behind a blue table.

The measure is designed to establish a buffer zone of around two metres.

“`I’m taking Jurgen Klopp’s lead here – I’m not a doctor so we do what we’re told and follow the advice,” he said, referring to the Liverpool’s manager’s comments earlier this week in which he said journalists should ask experts about medical issues, not sportspeople.

“We’re all in the same boat and we do our best to be as vigilant as possible.”