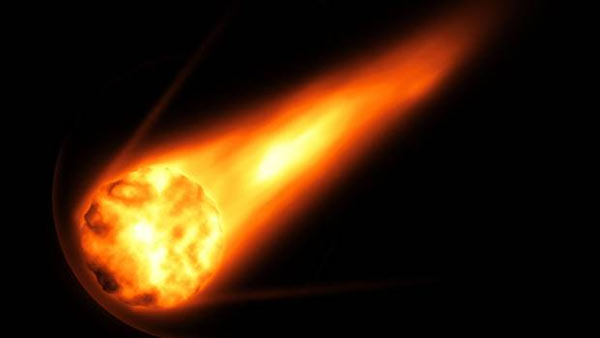 Colombo University Physical Science Department Prof. Chandana Jayaratne confirmed that the bright light and sound which was heard from the Southern Province (SP) this evening was because of an explosion caused by a meteor.

Speaking to the Daily Mirror he said the explosion was known as a ‘fireball explosion’ and occurs after an astroid enters the earth’s atmosphere.

“The astroid could be a size of 50 centimetres. Every astroid enters the earth’s photosphere at a speed of 65 kilometers per second. With that speed one side of the astroid gets heated up due to friction and the other side does not, therefore causing an explosion,” Prof Jayaratne said.

“People who saw the asteroid entering our atmosphere at about 8.30p.m, saw different colour lights. Most of it was green and yellow due to its elements reacting to the heat,” he said.

“The explosion could have caused damage, but fortunately it broke into small pieces. People should not touch parts of the astroid because those astroid can contain radiation which cause harm to the human body and may contains unknown bacteria,” he warned.

The light of the astroid was seen in several parts of the country including the Southern Province.

1 Response to Meteor explosion cause for bright light, sound in SP – Prof. Jayaratne