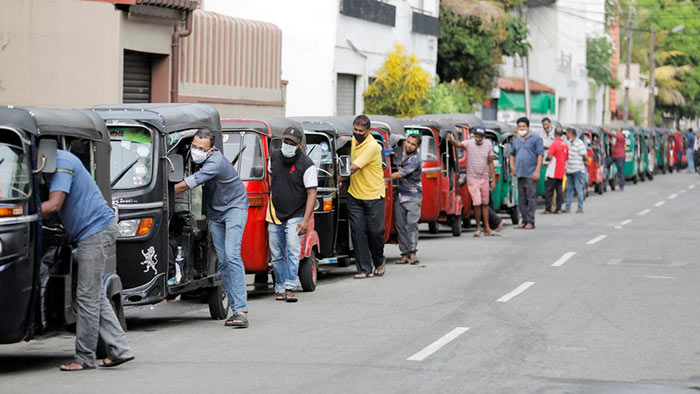 Drivers push their three-wheelers while waiting in a line to buy petrol at a fuel station on a main road, amid the country’s economic crisis in Colombo, Sri Lanka. (REUTERS / Dinuka Liyanawatte)

A mobile application has been developed to monitor refuelling history of vehicles and share real-time data with filling stations island-wide, Minister of Power and Energy Kanchana Wijesekara said.

The Minister said the application was developed by the Information Technology Department of the Sri Lanka Police and is being tested at multiple locations in the country.

Posting on his official Twitter account, Minister Wijesekara said the number plate details of consumers at the filling station will be entered, while the entered data will be shared real time with other app users.

He said once the number plate is entered, it will notify if the same vehicle has pumped fuel on the same day from another filling station and the history of refuelling.