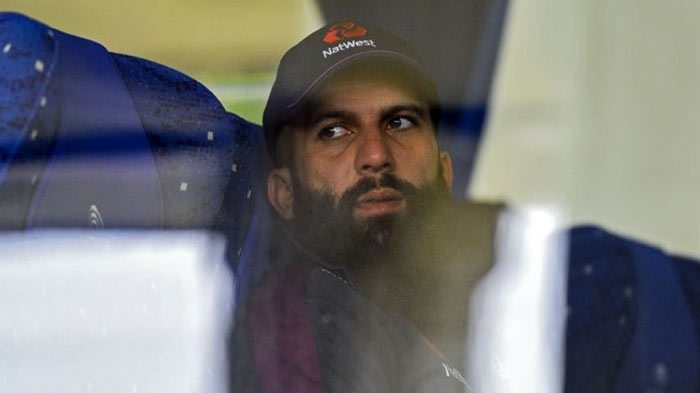 Moeen Ali has tested positive for coronavirus after England’s touring party arrived in Hambantota on Sunday ahead of their Test and ODI series against Sri Lanka.

Ali, who has returned to England’s Test squad for the first time in over a year, will now observe a 10-day period of self-isolation in accordance with Sri Lanka’s government regulations, meaning he will be able to rejoin the squad on 13 January. The first Test is due to begin in Galle on the following day.

Chris Woakes has been deemed a possible “close contact” of Ali’s and will now need to isolate for a minimum of seven days while undergoing further testing.

The remainder of England’s squad will undergo second PCR tests ahead of the two-Test series, which is followed by three ODIs. The group’s first training session, initially scheduled for Tuesday, has now been postponed.

“Ali will now observe a period of 10-days self-isolation, in accordance with the Sri Lanka Government’s protocol on quarantine.

“Chris Woakes has been deemed as a possible close contact, and he will observe a period of self-isolation and further testing.

“The touring party will be PCR tested for a second time on Tuesday morning. At this stage, the team will train for the first time on Wednesday.”