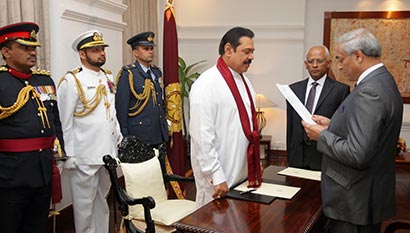 Former Attorney General and legal advisor to the president, Mohan Peiris was sworn in as the 44th Chief Justice of Sri Lanka a short while ago, the President Media Unit confirmed. He took oaths before President Mahinda Rajapaksa at 12.35 pm today on January 15 at Temple Trees. The swearing in at Temple Trees was attended by president’s secretary Lalith Weeratunga and family members of Mohan Peiris. This new appointment has been replaced Sri Lanka’s first woman Chief Justice Shirani Bandaranayake who was impeached by the parliament in a controversial move.

Meanwhile former Chief Justice Dr. Shirani Bandaranayake vacated her official residence at Wijerama Mawath in Colombo this morning after she was sacked from the post. According to reports, she had taken her personal belongings to her Rajagiriya residence.

Mohan Peiris is a former Attorney General (AG) of Sri Lanka. British qualified solicitor Peiris who retired in 2011 as the AG was also serving as the legal advisor to the Cabinet.

He is a past pupil of St. Joseph’s College, Colombo and Royal College Colombo, where he won college colours in cricket. Thereafter he entered the Sri Lanka Law College and was called to the Bar in 1975, starting his legal practice under senior lawyers D. R. P. Gunatilleke and Daya Perera, PC. Thereafter he enrolled as a Solicitor of the Supreme Court of England and Wales in 1978.

He joined the Attorney General’s Department as a State Counsel in 1981, later becoming a Senior State Counsel serving for over 15 years. During this time he trained at the National Institute of Trial Advocacy at Harvard Law School, the Centre for Police and Criminal Justice Studies at Jesus College, Cambridge, UK and at George Washington University, USA.

After leaving the Attorney-General’s Department he engaged in private practice. He specialized in original and appellate courts in the areas of inter alia, administrative law, commercial law, land law, fundamental rights, industrial law, injunctions and criminal law and as an arbitrator. He was the Chairman of the Board of Examiners for the Intermediate Examination and Examiner of the Sri Lanka Law College, a visiting lecturer at the Faculty of Law of the University of Colombo, Deputy President of the Sri Lanka Bar Association (BASL) and a member of the Sri Lankan Delegation to the Universal Periodic review at the 8th Session of the Human Rights Council of the United Nations.

His wife Priyanthi is also an Attorney-at-Law. 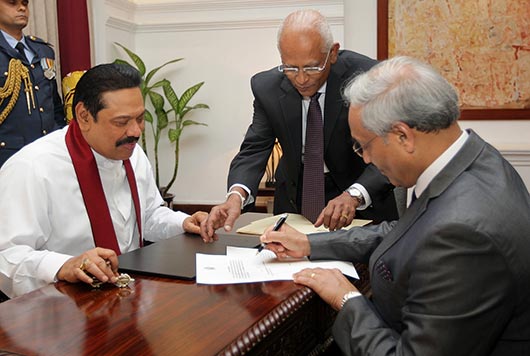 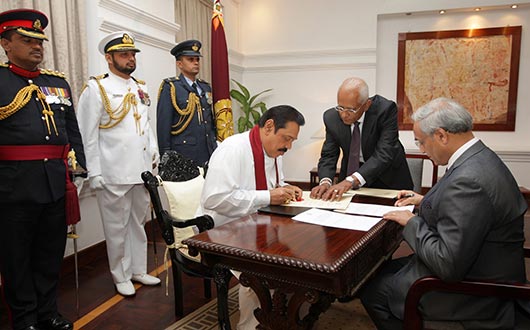 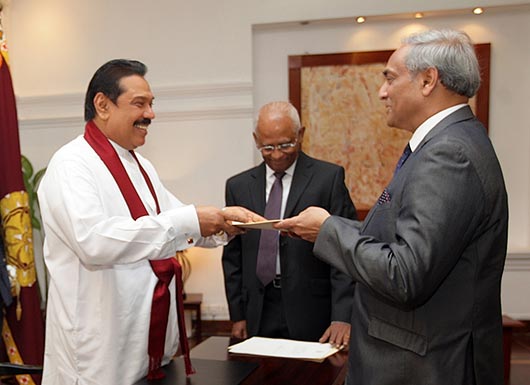 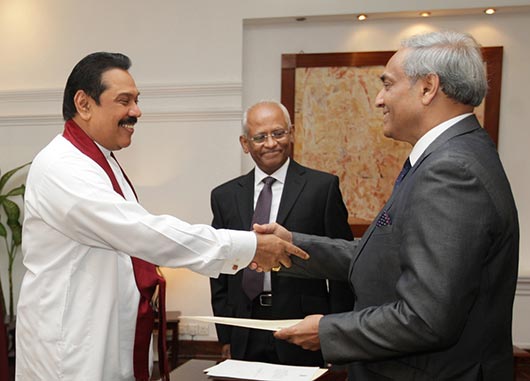