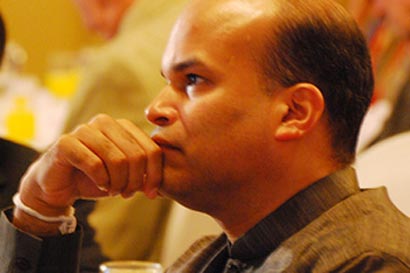 Milinda Moragoda who stepped down as Leader of the Opposition, and Member of the Colombo Municipal Council (CMC) today denied reports claiming he is to take up an appointment with the World Bank.

“….. I would like to take this opportunity to state categorically that speculation appearing in the media that I will be taking up a position in an important international organization is not true, and is moreover completely without foundation.”

“My commitment remains to serve the citizens of Colombo and of our great country,” Moragoda said, announced his resignation at the meeting of the CMC Opposition group today (25).

Despite the UPFA losing CWC at the last Local Government election, Moragoda claimed the election results, for the first time, signaled an important electoral shift creating the potential for the UPFA to win a clear mandate from the citizens of Colombo at a future election.

However he stated, for the party to move forward within the Council it is essential that the Leader of the Opposition give full commitment to the affairs of the Council and ensure that the foundation established remains united and resolute.

“My present responsibilities elsewhere prevent me from filling that role, and it is for that reason, and that reason alone, that I have decided to step down as Leader of the Opposition, and Member of the Council,” Moragoda said delivering a special statement.

The former MP and Minister assured that he stands ready to provide advice and guidance to the new Leader should he desire, and that he will continue to serve the citizens of Colombo in various other capacities.

“In addition, in my role as Senior Advisor to the President, my support and assistance will be available to you,” he said addressing the Opposition Group of the CMC.