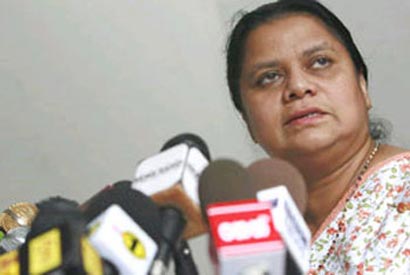 AnomaFonseka said she met President MahindaRajapakse on Wednesday night and that he assured her that her husband would be freed as soon as possible.

“I was promised that my husband will be cleared of all charges and released unconditionally,” she told AFP.

There was no comment from Rajapakse’s office, but an official confirmed on Wednesday that the retired four-star general, who unsuccessfully challenged Rajapakse in January 2010 elections, would be released “within days”.