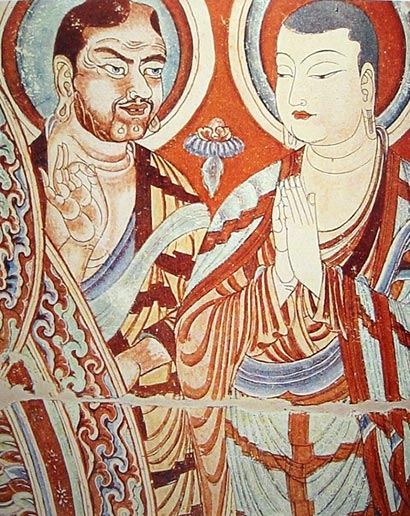 The temple’s main hall has a rare structure based around three square-shaped corridors and a huge Buddha statue.

“The hall is the largest of its kind found in the Taklimakan Desert since the first archaeologist came to work in the area in the 20th century,” said Wu Xinhua, the leading archaeologist of the excavation project. It is so far the best Buddhist site for scholars to study how the religion arrived in China from India, and its early development in the country, Wu told Xinhua.

Wu, who also heads the Xinjiang archeological team of the Chinese Academy of Social Science, said it could be uncovered after two months of hard work in China’s Xinjiang Uygur region.

The ruins are located in the south of the Taklimakan Desert, in the Tarim Basin, known as the Damago Oasis in the ancient kingdom of Khotan, a Buddhist civilisation believed to date back to the 3rd century BC.

The innermost corridor extends six metres from both south to north and from east to west, the second corridor measures is 10 X 10 metres in length and breadth, while the hall’s wall surrounds an area of 256 square metres.

Also visible on corridor walls are mural paintings of items including the Buddha’s feet, Buddhists and auspicious animals. They are painted in a Greco-Buddhist artistic style, which was seldom seen after the 6th century.

Ruins of several residential structures were found to the southwest of the main hall, along with some pottery kilns and ancient coins.

There is still a scripture hall, a stupa and residential houses for Buddhists to be uncovered, Wu added.