Multiculturalism has failed – Countries are getting back to majority rule 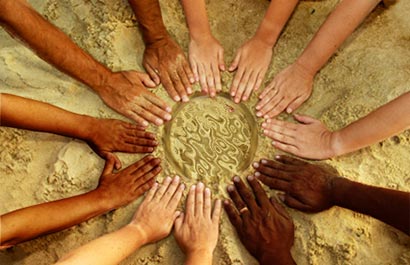 The nations that are attempting to divide nation of Africa, Asia, Middle East and Eastern Europe into micro states to create new governments that would be unable to run if not for support of the nations that divided them inadvertently means these nations end up puppets. Multiculturalism was used to garner support that would enable powerful nations to provoke sentiments of minorities against the majority sufficient enough to create calamity that would further the agendas of profiteers looking for or creating conflicts that fill their purses.

What the general public whether belonging to the majority or minorities need to realize is that in this exercise they are pawns, scapegoats meant to be used and discarded by a handful of people who plan, plot, execute and even mitigate disasters of any kind and any type.

Therefore people need to realize that

Canada now says ‘When in Canada, do as the Canadians do” The problem is there are no indigenous Canadians, well there are but they are Native Indian Americans now landless in both America and Canada. Canada in real terms is a ‘created’ country of immigrants. Nevertheless, Canada has made startling new laws banning polygamist immigrants. Canada’s Immigration Minister Chris Alexander has called polygamy ‘a barbaric cultural practice’. The Minister says ‘we are sending a strong message to those in Canada that those who wish to come to Canada that we will not tolerate cultural traditions in Canada that deprive individuals of their human rights’.

Is this not likely to fuel outrage and was this not the intent after allowing such? What will Muslims end up doing when forced marriages are prohibited, honor killings and spousal murders are criminalized.

Similarly nations that opened up to immigrants gave them an open book on freedoms and rights are now making amendments and with good reason too.

The Netherlands has introduced a new integration bill. The Dutch are scraping multiculturalism because it has encouraged Muslims to create a parallel society within Netherlands – something other nations are also realizing but yet to do anything about. Its Muslim population is 6%. The speech by the Interior Minister when the Bill was introduced “the government shares the social dissatisfaction over the multicultural society model and plans to shift priority to the values of the Dutch people’…. ‘in the new integration system the values of the Dutch society play a central role’. The most important part which the Sri Lankan Ministers ever parroting ‘Multiculturalism’ need to take note of is when the Dutch Minister says ‘with this change, the government steps away from the model of a multicultural society’. The new policy demands that ‘immigrants will be required to learn the Dutch language’ (not the majority being asked to learn the minority language). The Dutch government also declared it would stop giving special subsidies for Muslim immigrants because ‘it is not the government’s job to integrate immigrants’. The Dutch are to outlaw forced marriages, no subsidies to Muslims unemployed because of the way they dress and the Dutch banned face-covering Islamic burqas on 1 Jan 2014. The key argument was that Muslim immigrants leave their countries of birth because of civil and political unrest created from their own culture and therefore why should that same culture be encouraged and result in the same unrest other climes? The message given was that those who do not wish to integrate can remain in nations where the culture they want to introduce prevails at official level.

Germany’s head Angela Merkel too agrees that multiculturalism has failed while a poll revealed that most native Germans feel that Germany was being run by ‘foreigners’.

Japan has been blunt and says Japan is a ‘One Race Nation’.

UK has seen the most challenging shocks to its ‘British’ society. The British columnist Leo McKinstry said of multiculturalism, “Britain is now governed by a suicide cult bent on wiping out any last vestige of nationhood” and called it a “profoundly disturbing social experiment”. He goes on to say ‘We are paying a terrible price for the creed of Left-wing politicians. They pose as champions of progress yet their fixation with multiculturalism is dragging us into a new dark age. In many of our cities, social solidarity is being replaced by divisive tribalism, democracy by identity politics. Real integration is impossible when ethnic groups are encouraged to cling to customs, practices, even languages from their homeland’.

What needs to be pointed out is that US, Canada and Australia are nations where the real indigenous natives have been made landless. However, other nations with long histories, civilizational cultures, heritage etc are facing existential threats as a result of the multicultural ideology introduced as a new political fad.

Not only has it given immigrant minorities a power they never had but having taken positions in the political framework of governance they have utilized these positions to make legal their cultures and religious beliefs that have created a parallel society, parallel culture and even religious laws which do not integrate with the majority or even other minority communities. It is strange that those wishing to follow a certain religious belief, practice and dress do not remain or shift to nations where the desired practices prevail as law but wish to remain in nations where such practices are not accepted but use their increasing numbers and hold on the economy to make the same demands which is what we see happening across the globe.

This together with the 1st group using the 2nd group to create dissent and conflict amongst people and communities make the perfect recipe for those having a field day enjoying conflicts take place and the others who generate employment trying to mitigate the problem.

What needs to be said in relevance to Sri Lanka is that the leaders need to take stock of the ground realities and the scenarios taking place globally and immediately remove the ‘multicultural’ slogan from Sri Lanka. Sri Lanka cannot omit, remove or forget its historical past and no new comers can demand equal for their faiths with those historically accepted foremost place. It is a totally different matter that the freedom to practice has been allowed and enjoyed the placement of equal footing is something politicians have no right to bargain with. It is as a result of these incursions that the majority race has become irritated or perhaps that is part of the plan no different to how other nations have had to suffer similar fates.

Home » Multiculturalism has failed – Countries are getting back to majority rule