National Oil Anointing Ceremony under the patronage of President Rajapaksa 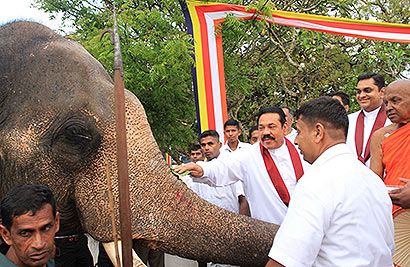 The traditional Oil Anointing State Ceremony for the Sinhala and Hindu New Year was held at the Katharagama Kirivehera Rajamaha Vihara premises under the patronage of President Mahinda Rajapaksa and the Chief Incumbent of the Viharaya and Chief Sangha Nayake of Magampattuwa, Venerable Dr Aluthwewa Soratha Nayaka Thero this morning on Monday 15th April. The President performed the oil anointing ritual at the auspicious time of 6.41 am at the Salapathala Maluwa. The state ceremony of anointing oil was organized by the Ministry of Indigenous Medicine with the guidance of the Maha Sanga.

Venerable Dr Soratha Nayaka Thero performed the rituals by anointing oil on the President’s head and blessed him. As instructed by the Ministry of Indigenous Medicine, Department of Ayurveda, Sinhala New Year Auspicious Times Committee and astrologers, oil anointing was performed by facing the East and standing on imbul leaves under a canopy of wood apple leaves and attired in white colour. Oil was anointed with a mixture of wood apple leaves.

The Nayaka Thero said that the anointing of oil for the New Year is one of the main traditions specialised to Sri Lankans. The prelate said that the meaning of this oil anointing tradition is actually wishing a healthy life for next year. He said that it could also be mentioned as a tradition linked to the natural environment. Addressing the ceremony, President Rajapaksa said that oil anointing ritual has being performed since ancient time with the objective of giving mental strength for building the nation. He said that this is also a good opportunity to get a consolation. Several invited guests and officials were amongst a large number of people who were present at the ceremony.

Meanwhile many functions were organized countrywide to mark the anointing of oil for the New Year. Ministry of Indigenous Medicine announced all traditional herbals and creams required for the Oil Anointing ritual have been distributed among 10,000 Buddhist temples and 15,000 registered Indigenous Physicians Island wide at present. Public are requested to get them from the nearest temple or the Ayurveda doctor in their areas.

The ceremony of oil anointing was held for over 100 elephants at the Pinnawala orphanage. All elephants and calves in the orphanage were treated with fruits and special leafy diet. Another oil anointing ceremony took place at the Dehiwela National Zoo. While herbal oil was first anointed on the elephants, the other animals were also anointed with oil thereafter. 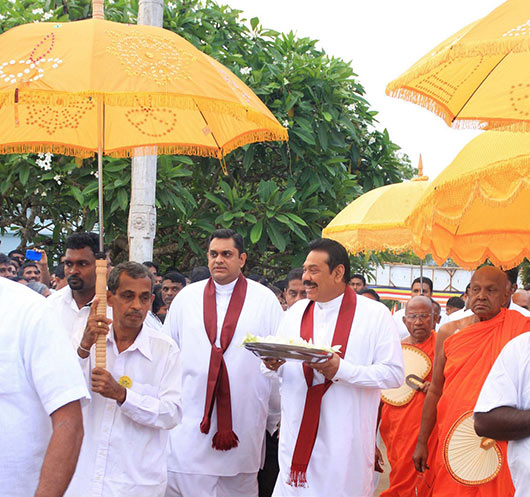 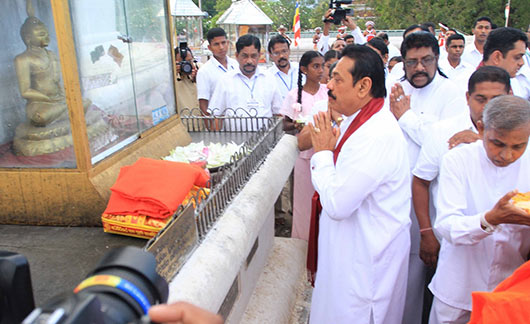 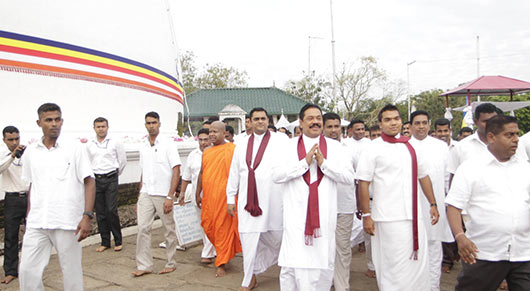 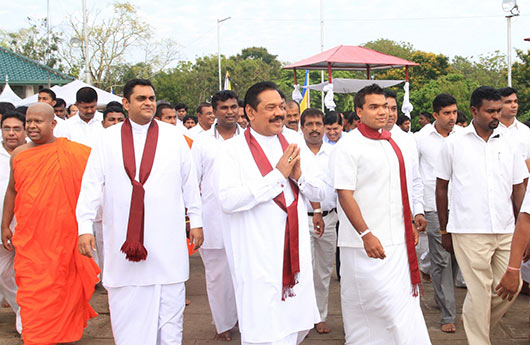 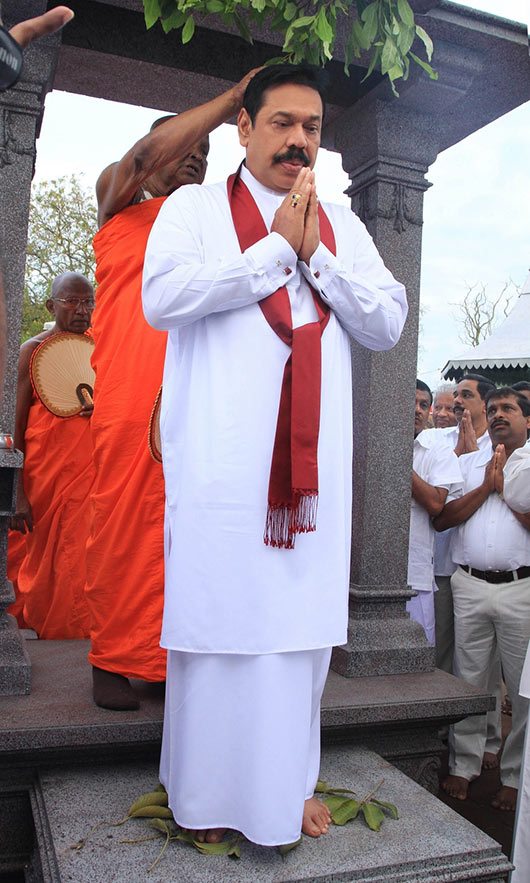 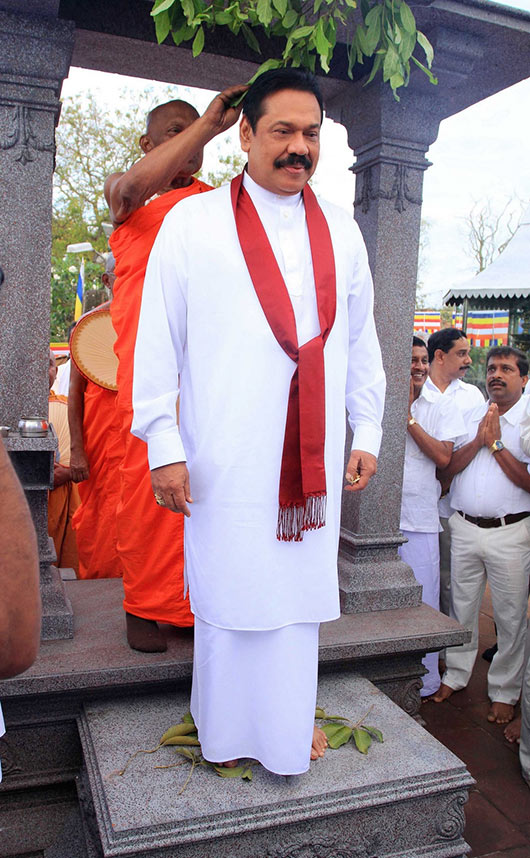 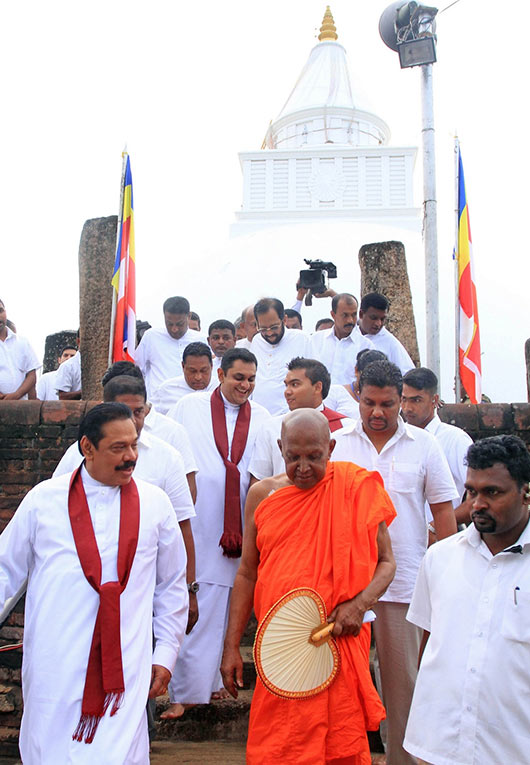 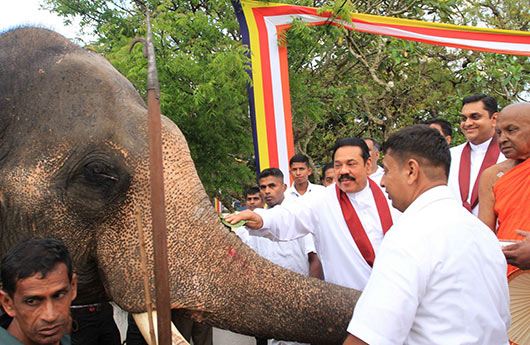 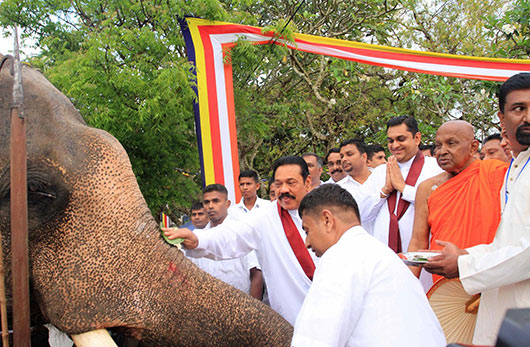 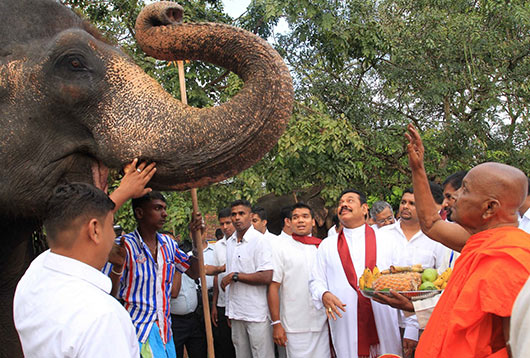 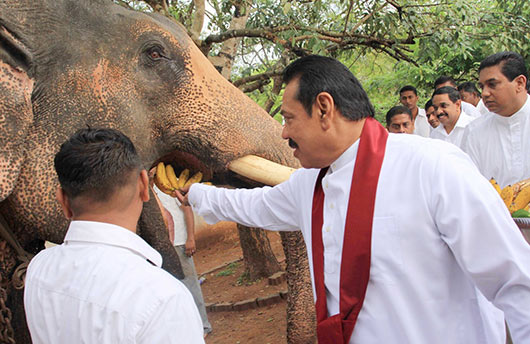