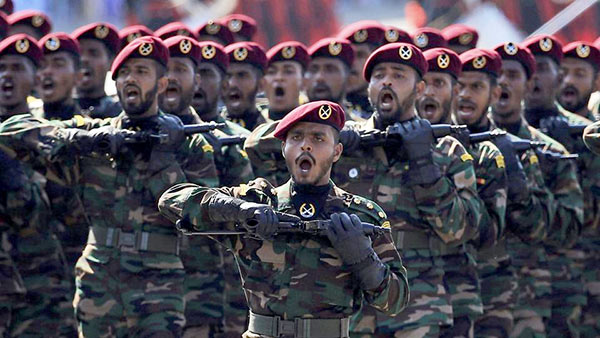 The 11th National War Heroes Day commemoration ceremony will take place at the War Heroes memorial at the Parliament grounds at 4.00 pm today (19)  under the patronage of President Gotabhaya Rajapaksa.

The National War Heroes Commemoration ceremony has been organised by the Ranaviruseva Authority in accordance with the health guidelines issued by the Health Ministry owing to the Coronavirus pandemic.

The day’s proceedings will commence with the recital of the national anthem, two-minutes’ silence in commemoration of the fallen war heroes, reading the citation of bravery, religious observances, the sound of ‘Rana Bera’, vigil mounting, President’s address, followed by floral tributes to the monument and aerial shower of flowers.

Coinciding with the commemoration ceremony, 14,617 other ranks of the Sri Lanka Army, eligible for their respective promotions will be elevated to the next rank accordingly.