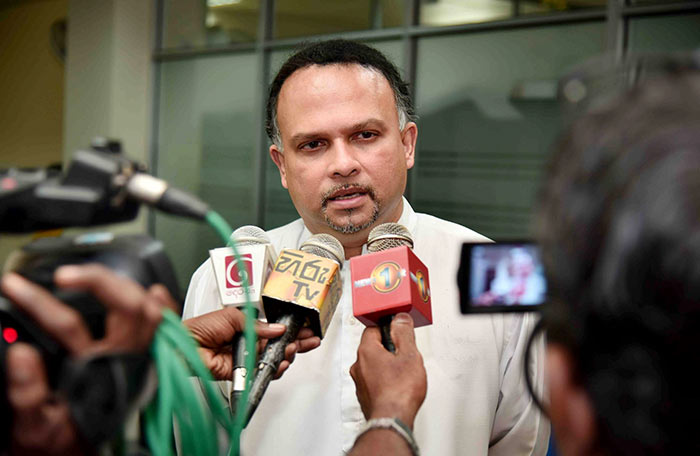 Former United National Party (UNP) MP Navin Dissanayake has notified the party in writing yesterday (26) regarding his intention to step down as National Organiser.

However, he says he will continue to remain with the UNP and respect its policies. Dissanayake said he will function as the UNP’s Nuwara Eliya District Leader and Working Committee member. He called on the UNP to appoint a suitable member as the party’s new National Organiser.

The party’s Working Committee had unanimously taken the decision to appoint Dissanayake to the post on the grounds that he had held the position previously. Dissanayake had asked for two days to decide on whether he would accept the position or not.

Accordingly, in a letter addressed to UNP Leader Ranil Wickremesinghe, former UNP MP Dissanayake thanked the party for the support extended thus far to him and declined the position.

1 Response to Navin Dissanayake steps down as UNP National Organiser