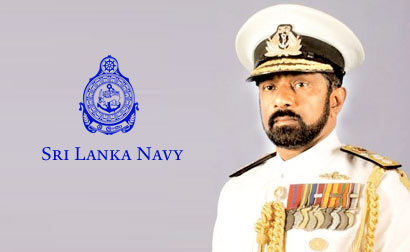 Vice Admiral Jayanath Colombage has been appointed as Chairman of the Ceylon Shipping Corporation (CSC) in addition to his present duties as the Commander of the Sri Lanka Navy.

Colombage, Sri Lanka’s 18th Navy Commander, will take over from Kanchana Ratwatte who was named as Chairman for the national line Ceylon Shipping Corporation Ltd. (CSC) in January 2012.

After assuming duties as the CSC’s 20th Chairman, Vice Admiral Colombage stated that he will do his utmost to develop the company’s stature to new heights emulating the laudable efforts made by the late Ministers P.B.G. Kalugalle and Lalith Athulathmudali.

He also expressed his sincere gratitude to the President and the Secretary of Defence for their confidence in entrusting him with a strategically important state entity.

He further stated that he would not receive any perks and privileges for his new appointment and it will be his greatest pleasure to render his services for the uplift of the shipping industry in Sri Lanka in keeping with the Mahinda Chinthanaya, the Vision for the Future.

Deputy Minister of Ports and Highways, Rohitha Abeygunwardana and Chairman of Sri Lanka Ports Authority, Dr. Priyath B. Wickrama were also present on the occasion.

The Corporation was converted into a limited liability company Ceylon Shipping Corporation Ltd in 1992 while the Government of Sri Lanka still fully owns CSC being one of the strategically important state entities for the island nation.