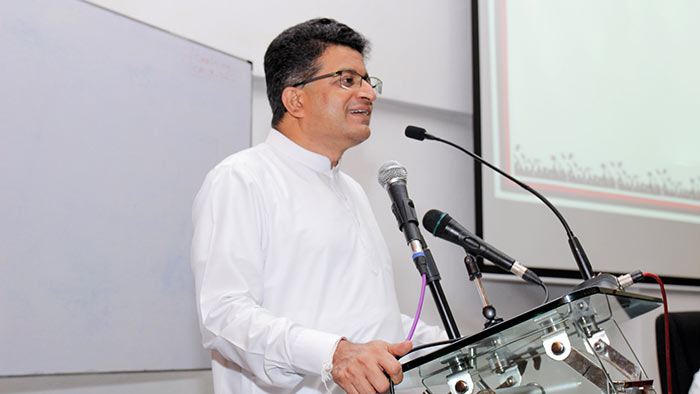 Speaking to The Sunday Morning Business, Gammanpila said that unlike the previous Government’s monthly fuel pricing formula which revised fuel prices on every 10th of the month, the new fuel price stabilisation formula would revise local oil prices only once a year, making the formula more efficient.

“We want to maintain fuel prices at least for a year. A monthly fuel pricing formula is suitable for developed countries as fuel is an insignificant part of their monthly expenses. It is not practical in a country like Sri Lanka. For example, exporters cannot estimate their prices when local fuel prices are fluctuating frequently,” Gammanpila noted.

In terms of the fuel price stabilisation fund, this is the first time a fund of this nature is going to be established in Sri Lanka. A petroleum stabilisation fund was established by the Treasury in March by imposing an additional tax on the Ceylon Petroleum Corporation (CPC) and Lanka Indian Oil Corporation (Lanka IOC) as they got to sell fuel prices at September 2019 levels, despite global oil prices falling to negative levels in the face of the pandemic. Even though the fund says “petroleum stabilisation fund”, the purpose of the fund is completely different.

According to Gammanpila, the fund the Treasury established aims to settle Ceylon Electricity Board’s (CEB) debt to CPC and CPC’s outstanding payments to state-owned banks, People’s Bank and Bank of Ceylon.

All attempts by The Sunday Morning Business to obtain the total of monies that has been collected under the initial fund proved futile.

“We are looking at how other countries are doing, but we are thinking of something like when the reference price is Rs. 100 and it comes down to Rs. 80, we will equally divide between the customer and the fund. Later, we’ll divide one-third to the fund and two-thirds to the customer. So when there is a price increase, we’ll see whether we have enough funds and if we do, we will pay it from the fund. The fund is still at the planning stage,” he added.

The current Government that was elected in November last year abandoned the fuel pricing formula which was brought in by the previous Government. In fact, the current Government is yet to announce its first fuel price revision. The local oil prices were last revised in September last year, under the monthly fuel pricing formula. Under this formula alone, fuel prices were revised about 19 times based on both scientific and political reasons.

Oil prices hit their negative levels when the pandemic spread outside of China in the first half of this year. Nevertheless, the Sri Lankan Government maintained fuel prices without reducing them to reflect the change in the global oil market, but pledged it would pass down the benefits in the form of reduced groceries. As pledged, prices of groceries were reduced but returned to their previous levels in a few weeks.