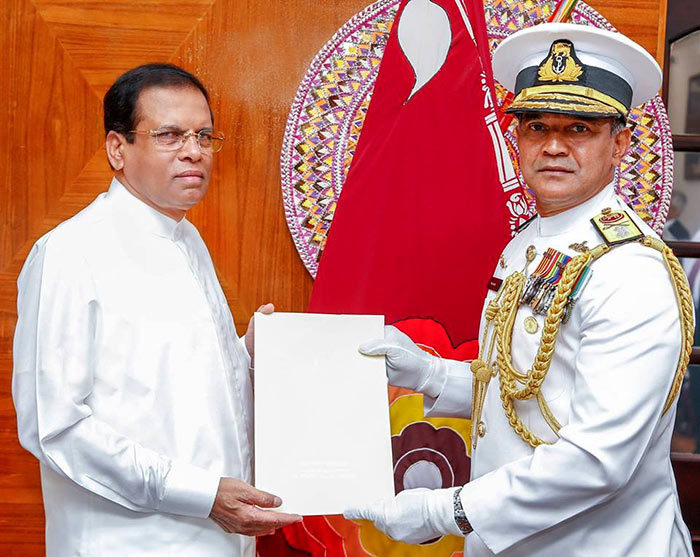 Vice Admiral K.K.T.Piyal de Silva was appointed as the 23rd Commander of the Sri Lanka Navy by President Maithripala Sirisena. He received his letter of appointment from the President at the President’s Official Residence, today (31).

Rear Admiral K.K.T.Piyal de Silva was appointed as the Navy Commander after he was promoted to the rank of Vice Admiral. The new navy commander will commence his duties from January 1.

Meanwhile, the President also extended his best wishes to the current Commander of the Sri Lanka Navy Vice Admiral Sirimewan Ranasinghe, who will make his retirement tomorrow. He has been granted a service promotion to the rank of Admiral at his retirement.