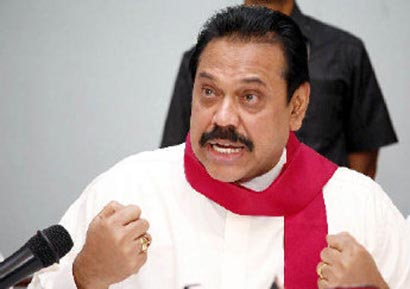 President Mahinda Rajapaksa called for the setting up of new police stations and checkpoints in a bid to combat criminal activities country-wide . President Rajapaksa in his capacity as Finance and Planning, Defence, Ports and Aviation, and Highways Minister was participating in the Parliamentary Consultative meetings of ministries in Parliament on Friday.

During discussions on defence matters, the President instructed Inspector General of Police N K Illangakoon to submit a report on the locations of the new police stations and checkpoints.

The report will be studied by a committee appointed by the Defence Ministry and future measures taken on the recommendations of the committee, the President’s Media Unit said.

The increasing crime trend, population density and several other criteria will be considered for recommending the establishment of the new police stations.