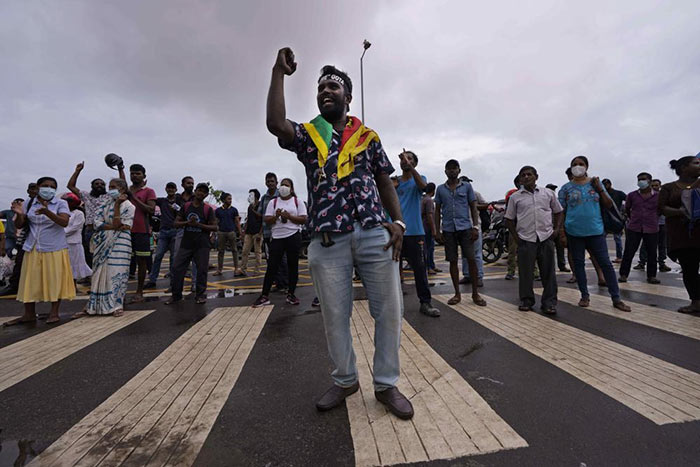 Ranil Wickremesinghe, Sri Lanka’s new prime minister who was sworn-in on Thursday, has appointed a committee to ensure protection for the ‘Gota Go Gama’ protest site in the country’s commercial capital of Colombo, days after it came under an attack by a pro-Rajapaksa mob, leading to the resignation of then-premier Mahinda Rajapaksa.

The committee will be headed by former state minister of defence, Ruwan Wijewardene, said Wickremesinghe, who is from the United National Party (UNP); Wijewardene is the deputy leader of the UNP.

“The mayor of Colombo will be on the panel, and has been given the responsibility to ensure assistance from the city’s municipal corporation. The owner of the protest site, who is also the representative of the Urban Development Authority, will also be on the committee. A representative each from the Ministry of health, army and police, will be panel members,” Wickremesinghe announced.

The 73-year-old leader further said that it is this body, and not the Sri Lankan government, which will look after the area. “The government will only support the demonstrators,” he remarked.

In recent days, ‘Gota Go Gama’ has emerged as the epicentre of anti-government protests, that were triggered by the ongoing economic crisis in the island nation, its worst-ever.  Galle Green face, a popular promenade in Colombo, is where this agitation is taking place.

In Sinhala, ‘Gama’ means village, while ‘Gota’ is a reference to Sri Lanka’s embattled President and the younger brother of Mahinda Rajapaksa, Gotabaya. The slogan, therefore, roughly translates to ‘Gota go back to your village’ or ‘Go home, Gota’.

On May 9, Rajapaksa supporters viciously assaulted some demonstrators at the protest site. Hours later, Mahinda Rajapaksa, already under pressure to resign, stood down.