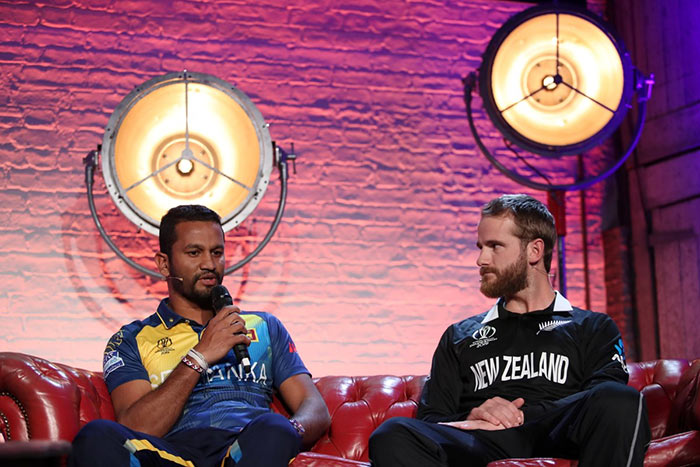 New Zealand are happy to go under the radar as they prepare to launch their campaign for World Cup glory against Sri Lanka in Cardiff on Saturday.

The Black Caps reached the final four years ago for the first time after six semi-final defeats, only to be soundly beaten by Australia in Melbourne.

Kane Williamson has replaced the swashbuckling Brendon McCullum as captain but the core of the team that came so close in 2015 remains.

Since the last World Cup, New Zealand have risen as high as second in the world rankings but have also been beaten at home by South Africa, England and India.

New Zealand beat fancied India in their opening World Cup warm-up game before going down to the West Indies.

“New Zealand are in a sweet spot. No one’s talking about us too much,” he said at the opening party of the 12th edition of the 50-over tournament.

“We’re forever the underdogs and that suits us quite well…. If we can get some form going over the next few weeks, there’s no reason why New Zealand couldn’t go on and win the World Cup.”

Taylor has been in breathtaking form in recent years in the one-day game, averaging over 60 in ODIs in 2017 and more than 90 last year.

Williamson, ranked 12th, and Martin Guptill, ranked 10th, are the other main dangermen in the New Zealand batting line-up

“The way T20 cricket goes, it can come down to six or 12 runs at the end of it, and ODI cricket is becoming an extended version of T20 cricket in my opinion,” Boult said.

“If you can make those big 17 or 18-run overs into 12-run overs, that can make a big difference in the end. If we’re clear on that, we can go a fair way in this tournament.”

The Kiwis start clear favourites in their opener against 1996 winners Sri Lanka, a side that has slumped to ninth in the ODI rankings.

Newly appointed captain Dimuth Karunaratne, who has returned to the ODI fold after four years away, has been handed the responsibility of lifting a team that have lost eight of their past nine ODIs.

But Sri Lanka have an impressive World Cup record, with one title, two runners-up finishes and one semi-final appearance.

“Yes, there have been some different changes to the set-up. The captain himself hasn’t played one-day cricket for a while but he’s a wonderful player.”

“They are trying to bring a bit more stability into the group. You still have some exciting talent — Angelo Mathews, Kusal Perera, Kusal Mendis. There are matchwinners in that unit.

“Four/five wins can get you a semi-final berth and Sri Lanka would be looking at that option and try and execute each game at a time. I still feel they have got a very good chance.”