NFF to contest alone if no place in UPFA 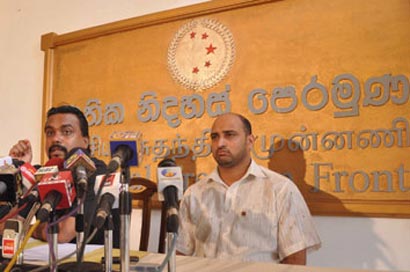 The National Freedom Front (NFF) says it will contest the forthcoming Local Government election alone, if the party does not receive candidature from the United People’s Freedom Alliance.

In a release issued today (August 15) it stated that a list of candidates, to contest under the UPFA, has been forwarded to the UPFA General Secretary by now.

The NFF led by Minister Wimal Weerawansa had contested in all previous elections under the ruling United People’s Freedom Alliance (UPFA) banner.

Home » NFF to contest alone if no place in UPFA